“With great power comes great responsibility” is not just a mantra from a movie; it can be a mandate for any institution or industry. In financial services, this takes effect in the C-suite level more than elsewhere. The management is supposed to be the cohesive force of a corporation, connecting with the public, the employees, the regulator, and the competition. 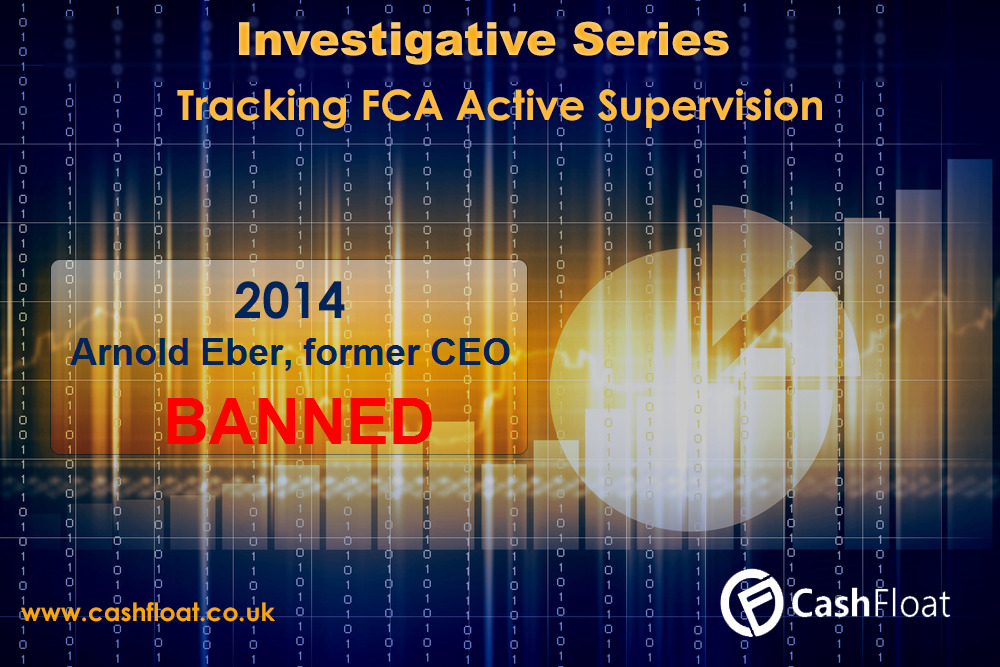 It is on this ground that Arnold Eber, former chief executive officer and director of CIB Partners Limited, was banned from the financial services industry beginning February 2014. He is a marked man who can no longer perform any function that has to do with an activity regulated by the Financial Conduct Authority (FCA).

According to a report by the International Business Times, the financial watchdog found the ex-CIB head guilty of giving misleading impression regarding the health of SLS Capital bonds. SLS Capital was a Luxembourg-based special purpose vehicle, to which CIB was an adviser between September 2007 and mid-2009.

The FCA said that “In September 2007, Mr Eber became aware that without continuous cash injections, there was a high risk that the SLS portfolio would suffer from severe liquidity issues within a year. He was also aware by August 2008, that SLS had sold off most of the asset portfolio that underpinned the SLS bonds.”

Mr. Eber was not able to disclose the full extent of his concerns to the Financial Services Authority (FSA), the predecessor of FCA. He released “false and misleading documents about the strength of the SLS portfolio.”

Mr. Eber was at the helm of CIB from September 2007 to September 2010. Eventually, the organisation was dissolved in 2012.

Since its inception — upon taking over the regulation of banks and financial firms from FSA and the prudential supervision of those outside the scope of Prudential Regulation Authority (PRA) —.FCA has been in active pursuit and assessment of the performance of industry players.

At the time of the FSA, there were already four building blocks of efficient capital markets discussed by David Lawton, then-FSA director of markets. First of these was ethical market behaviour.

“No one wants to operate in a market where they cannot trust the other side,” Lawton said at the Practising Law Institute Conference in 2013. He touched on the lack of integrity — which was also apparent in the Eber case — that LIBOR exhibited and there is still so much work that must be done to restore the confidence in the markets and in the side of governance.

This shall be done by regulating market abuse and surveillance of market participants throughout their careers, Lawton added, admitting that these were only tools that financial firms can use to make sure that employees act with integrity. But what was more difficult to define were the ways culture can be changed within an organisation, and how and what to reward those who protect their individual and corporate integrity.

This was the second building block that Lawton talked about. It referred more to the framework that would enable investors to make informed decisions. This brings us back to the Eber case, wherein the information was deceiving.

Regarding listed companies, here were a few proposals made by then-FSA and hereby quoted verbatim:

These were the other two building blocks that Lawton shared. He called for the transparency and risk management in OTC derivative markets, as well as the strength of the regime to protect investors by setting up rules that would keep the firms from spreading out failures to clients.

“They are not the only key building blocks, but they are important,” said Lawton.

Lawton added: “There are number of areas key to the success of capital markets where the FSA is in open debate with industry, stakeholders and other regulators on where future improvements should be made in the various regimes that underpin the capital markets. There are no straightforward answers.”

Meanwhile, according to current FCA Director of Enforcement and Financial Crime Tracey McDermott, upholding the integrity of the market is everybody’s responsibility – and a great one at that.

Learning from mistakes of the past is where the value of enforcement lies, McDermott said. One cannot just see a punishment made so public and think of it as nothing. It should be given an utmost thought, treated as “a very public lesson”.

The FCA top official said in an event this year that the goal is to embed the lessons deeply into the culture of firms. It should be at their DNA, she emphasised.

The firms must be able to work on their own credibility, but at the end of the day, it is still working in general towards a common good, which, in this case, is the reputation of the financial services industry as a whole.

There is so much to be translated into the company culture. Business heads and leaders should take the initiative to build their integrity up if they have just started, or higher if they have been in the industry for quite some time. Nothing should go amiss when it comes to restoring the confidence of investors. It must really come from a place where corruption, fraud, and the like do not have a place. Indeed, this is not going to happen overnight.

“These changes will take some time to filter through and there will no doubt be uncomfortable moments until we get there, when further examples of poor behaviour are uncovered,” she pointed out.