Thirteen may mean misfortune, but to Peter Carron it meant one thing – it was the count of years that he had to spend being banned from the financial industry. It was something of a misfortune, too, since he used to be a senior partner of a UK-based wealth manager. 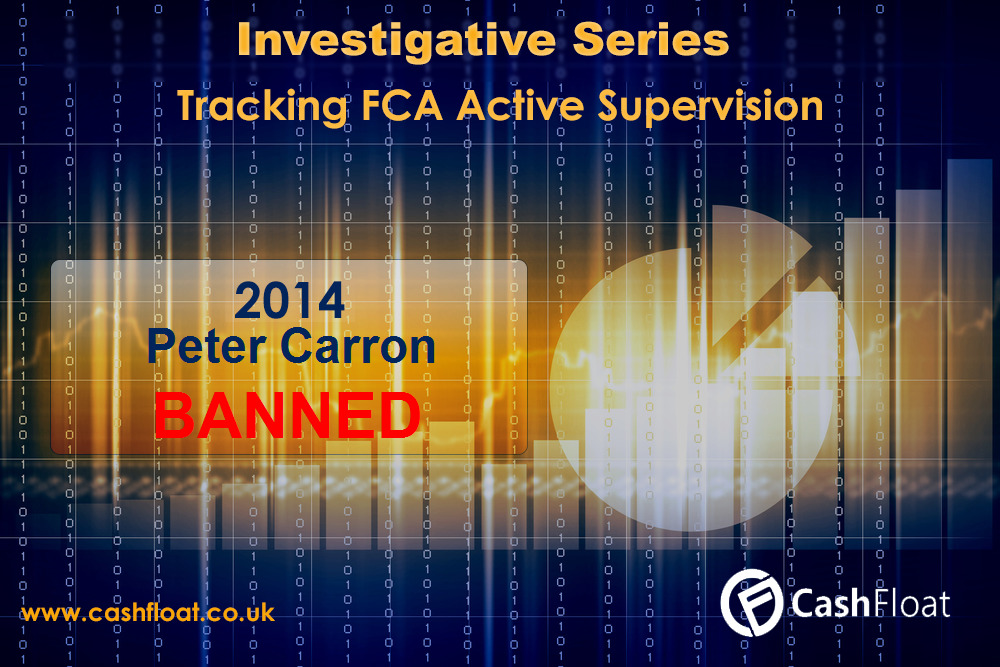 Carron, formerly of St James’s Place Wealth Management Plc, was banned because he put his interests over his clients’ when he persuaded them to invest in three companies, all of which he was involved in as a director and major shareholder.

The Financial Conduct Authority (FCA) found that during his tenure between 2004 and 2010 in the company, he advised 11 clients to invest a sum of £2.4 million in the companies, which went into liquidation between May and August 2010. The investors lost an estimated £2.2 million out of the deed and St James’s Place was forced to pay compensation worth £1.9 million.

The restriction and a fine amounting to £300,000 were Carron’s just desserts. But the 13-year ban was dished out by the High Court, which would mainly keep him from “acting as a director or managing or controlling a company,” said a Reuters report on the issue.

Tracey McDermott, director of enforcement and financial crime of the FCA, said that “People go to advisers because they want expert help on how to make the most of their money. They are entitled to expect that their adviser will act in their best interests, not his own. Advisers should think very carefully and make clear and full disclosure if they are intending to advise clients to invest in ventures in which they have an interest.”

Further, the City watchdog pointed out the instances in which Carron misled the investors, such as making them believe that St James’s Place was involved in the promotion and selling of the investments. He lied about the “financial projections of future returns” and lacked integrity in addressing the suitability of the investments to the needs of his clients.

The FCA notice showed that “Carron continued to reassure investors and advise them to invest, even when he knew his companies were in financial difficulties.”

But the regulator spared St James’s Place from being dragged into the issue of misconduct of one of its top officials.

Financial Services Authority (FSA), the predecessor of the FCA, had a wealth of speeches that tackled directly the issues involving the market during its reign as a regulatory body. These, however, were more than just speeches given out by officials in cozy and civil ceremonies. One can glean insights from them on how to best practise a culture that lessens market abuse that come in many forms, of which Carron’s misbehaviour was just one.

Martin Wheatley, now the FCA chief executive, once illustrated the impact of the job that bankers and financial service providers do.

“Despite what I’ve heard some people say, banks and financial services are not like supermarkets. They’re not selling obviously over-ripe fruit and veg, prawn sandwiches past their sell by date, or iffy lasagnes… Items that customers can easily understand are poor investments.”

So impact is one key unit of measurement for individuals and groups in the market.

Although eliminating market abuse is a tall order, the FSA believed that it can be done by joining hands — all players working together towards that common goal.

Even earlier than Wheatley’s speech, Head of Wholesale Enforcement Jamie Syminton said that “each time market abuse takes place, that is a result of the conduct of an individual or a group of individuals. But what makes it possible is the culture: the culture of the firm, of the industry and of the regulatory environment.”

McDermott would point out two years later that the FCA hopes not only to hear PR-like statements, but also to see the change from the very DNA of regulated firms that are truly committed in combatting market abuse.

She said that changing the culture does not end in the C-suite. It is also the responsibility of the rank-and-file, middle management, etc. Bottom line is, the businesses benefit from building up its and the market’s credibility while consumers get added value from the products and service. It is a win-win situation for stakeholders.

It is through this cultural lens that potential perpetrators of market abuse can be given the opportunity to reflect on the effect their actions will have on the customers. At the same time, both the FCA and the FSA highlighted that customers also have the responsibility to gather intelligence before they seek out the advice of wealth management representatives. But the greater weight of duty falls on the advisers and officials. They can use the data to mislead – as with the Carron case – or match the needs of the clients to the investment options available.

Syminton summarised it in the 2012 speech: “But the front line in the battle against market abuse is the industry itself. We have expectations on firms and individuals, clearly set out, to take action that will prevent market abuse and help to police it.”

Syminton ended on a positive note: “We hope that market practitioners will do so voluntarily, because it is in the wider best interests of all market participants that market abuse is minimised.”

The likes of Carron should be putting the interests of consumers over theirs, otherwise, they will just be undermining the credibility of the financial market. They will be a detriment not only to their respective firms, but to their fellow firms.

The FCA will continue to hunt down those who will do otherwise, as Syminton promised in the FSA days: “But where we see firms or individuals failing in breach of their duties to prevent or police market abuse, then we will not be afraid to take action against them also.”

Kelly Richards
Kelly Richards is the founder of the Cashfloat blog and has been working tirelessly to produce interesting and informative articles for UK consumers since the blog's creation. Kelly's passion is travelling. She loves her job because she can do it from anywhere in the world! Whether inspiration hits her while sitting on the balcony of a French B&B, or whether she is struck with an idea in a roadside cafe in Moscow, she will always make sure that the idea comes to fruition. Kelly's insights come from her knowledge gained while completing her degree in Economics and Finance as well as from the people she meets around the world. Her motto is: Everyone you meet has something valuable to teach you, so meet as many people as you can!
Related posts
Money & Borrowing
Understand English Financial Documents if You Don’t Speak English.
Money & Borrowing
Is The Budget Smart Meter Really So Smart?
Money & Borrowing
New business venture: Advice you must know!