London According to Bloomberg, there are two reasons watchdogs have looked at when it comes to banks to rigging benchmark interest rates. Were submissions manipulated by employees to improve their banks’ bottom line or were rising funding costs downplayed during the financial crisis? 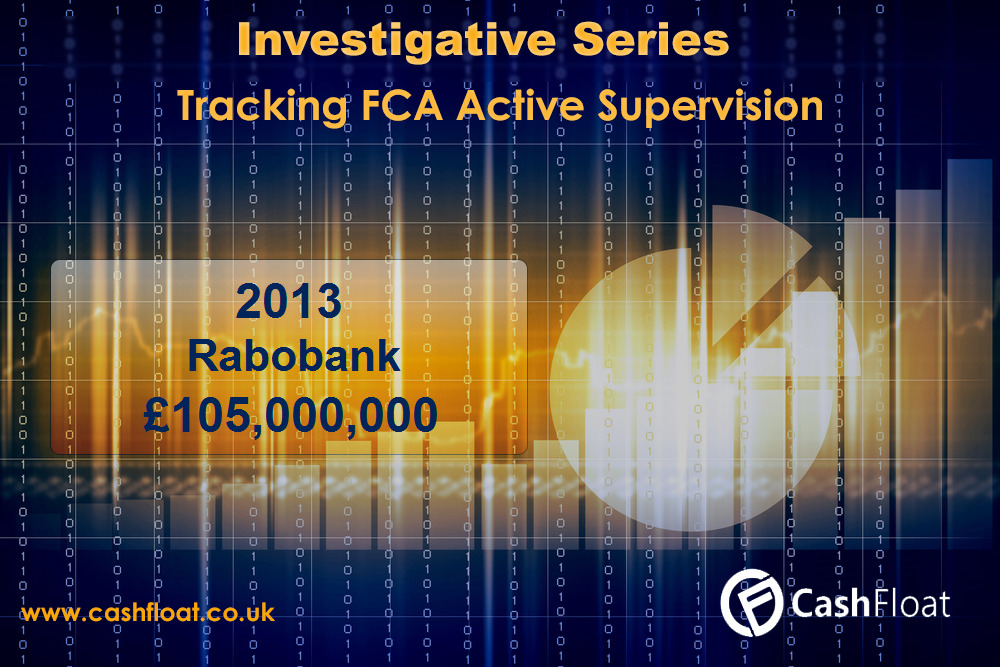 Tracey McDermott, director of enforcement and financial crime, said that “Rabobank’s misconduct is among the most serious we have identified on LIBOR. Traders and submitters treated LIBOR submissions as a potential way to make money, with no regard for the integrity of the market. This is unacceptable.”

The final notice actually dubbed the failings “serious, prolonged, and widespread” as Rabobank did not address the case completely until August 2012 despite making promises to the regulator that arrangements were already being made accordingly in March 2011.

McDermott added that “Rabobank’s flawed assurances and failure to get a grip on what was going on in its business were extremely disappointing. Firms should be in no doubt that the spotlight will remain on wholesale conduct and we will hold them to account if they fail to meet our standards.”

The fine was the third largest among those that were imposed on Libor-rigging firms. Clearly, the City watchdog was not happy about it more because of the bank showing blatant disregard of the impact of the issue on the investors and the market.

There is one more point that the Bloomberg article brought up: the cost of Libor scandal on investors.

It should be noted that the exposure of Libor scandals already came with evidence on the misconduct. Meanwhile, investors had to prove individually how the rigging had hurt them. Determining damages could be a tricky scenario, further complicated by the fact that not every investment was affected by the Libor scandals.

This was according to a group of researchers at UK consulting firm London Economics. Bloomberg quoted C. Bailey King Jr, a Smith Moore Leatherwood lawyer as saying that investors might have benefit on other parts of his portfolio while losing on one part, which would reduce losses and could be used as a “defence tactic for the defendant banks.”

The regulator, the successor of the Financial Services Authority (FSA), has exhibited iron will in its pursuit of the banks that participated in the Libor scandal.

It has remained true to what Martin Wheatley, its chief executive, that “the FCA will be behaving differently from City watchdogs of the past. We won’t be captured by rulebooks and procedure. We’ll be far more focused in future on the consumer. Putting the customer at the heart of everything we do, and expecting the same attitude from firms.”

Though disappointing to the FCA, such misconduct should pave the way for the regulator to create policies that will continue to encourage firms to determine the impact of a conduct or misconduct before they take on it.

This will take the industry a long time to accomplish.

“Firms have already made strides in changing the way they do business,” said McDermott. “When industry leaders talk about the errors of the past I have no doubt that they are speaking genuinely; they truly want to create a better culture and are trying to instil one in their respective organisations. This is not driven solely by some high minded moral or ethical approach but because it is good business sense. Firms and their shareholders cannot afford, and will no longer tolerate, the financial and reputational costs of poor conduct.”

In the aftermath of the series of Libor cases, industry players must realise how much is at stake for them collectively and individually.

Jamie Syminton, former head of the wholesale enforcement of the FSA, said this before:

“Each time market abuse takes place, that is a result of the conduct of an individual or a group of individuals,” said former FSA Head of Wholesale Enforcement Jamie Syminton. “But what makes it possible is the culture: the culture of the firm, of the industry and of the regulatory environment.”

Syminton added that “the front line in the battle against market abuse is the industry itself. We have expectations on firms and individuals, clearly set out, to take action that will prevent market abuse and help to police it,” referring to FSA at that time.

“We hope that market practitioners will do so voluntarily, because it is in the wider best interests of all market participants that market abuse is minimised,” he said.

Voluntary action can be translated into the cultural shift that the FCA has been highlighting every time it talks about market abuse. The Libor scandal did not only bring damages to investors but also undermine the credibility of the industry itself.

The damages that the Libor-rigging banks brought to the industry were serious contention for the work that the regulator has been doing, as well as firms with well-crafted risk management systems and controls.

In a 2014 talk, McDermott said: “In light of the recent FOREX investigation, which saw the FCA uncover failures by firms to correct their controls to prevent attempts to manipulate the market after the LIBOR failings had come to light, it certainly seems that we are still some way short of the corner that needs to be turned. Indeed one well-known City commentator wrote in a blog that the day of the FOREX fines was the saddest of his long career.”

“Faced with this misconduct, which is so similar to that of the recent past, people can say that lessons are not being learned,” she pointed out. “And there have been all too many examples – in both the retail and wholesale space – to reinforce that view.”

Undoing the damage is to stop the poor conduct from spreading. That is why McDermott believes that the real work should begin where poor conduct takes root. And this is more of a cultural issue than a policy matter. Change must begin from the core of every firm.