Failings in the financial industry often involved a heavy price to pay. Firms are fined and individuals and groups are banned from participating in the market. But the most unfortunate of all is the consumer suffering the consequences of the misconduct by a member of a bank or a financial services firm. 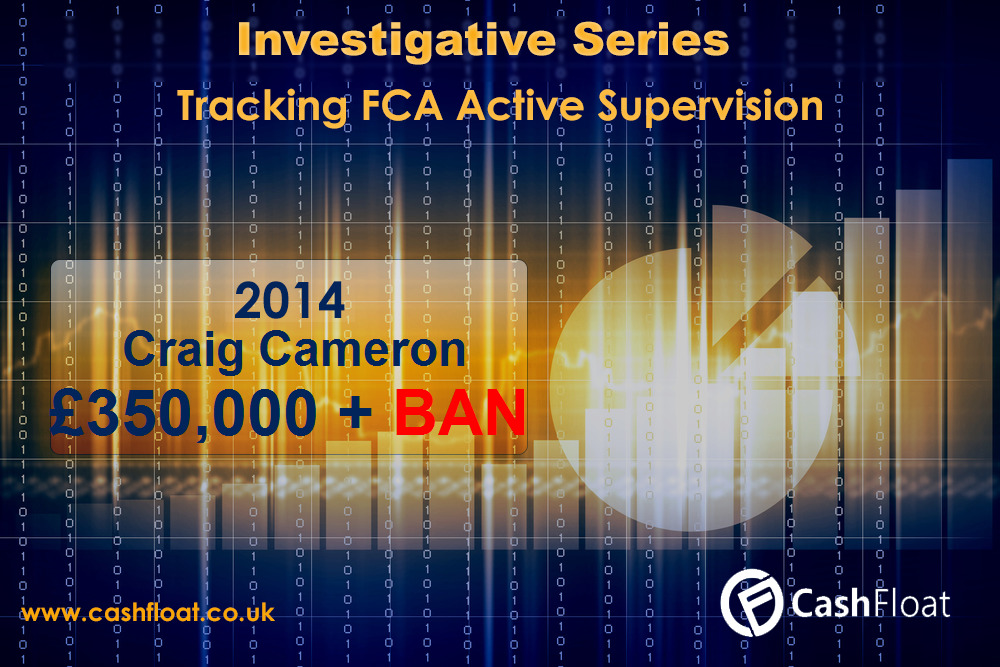 The third one goes against the very essence of the company’s existence, which is to add value to customers. But sometimes, weeding out this deed must happen in order for change to take effect.

In August 2014, the Financial Conduct Authority (FCA) slapped Craig Cameron with a £350,000 fine and restricted him from any involvement in all of its authorised firms. The reason: Cameron was found to be dishonest in his dealings with three unregulated collective investment schemes (UCIS). He lacked integrity in promoting these to retail investors.

The Financial Times defined a UCIS fund as “an investment vehicle set up for asset classes that are unable to follow the UK’s then-Financial Services Authority’s rules on matters such as liquidity, leverage, or cash reserves. Although UCIS themselves are not directly authorised by the FSA, persons carrying on activities related to UCIS funds are themselves subject to FSA regulations.”

According to Tracy McDermott, FCA’s director of enforcement and financial crime, “”Cameron deliberately flouted regulatory requirements, which were designed to safeguard retail investors, in favour of selling high risk UCIS for potentially lucrative gains. The UCIS have failed and the investors, many of whom should never have been exposed to these high risk investments in the first place, have paid a heavy price for his actions.”

Cameron served as a director of Burlington Associates Limited, a financial advisory firm based in London, from May 2003 to January 2009. It was in 2005 that he got involved in setting up three high-risk UCIS funds in new property developments in Bulgaria, Croatia, and Montenegro, according to the FCA.

Cameron sought to involve Burlington in the promotion and sales of the UCIS, but the principal firm did not allow these activities. Instead, Cameron arranged for a separate advisory firm to conduct investor eligibility checks and promotions. The firm, Leslie & Nuding—now known as Leslie & Swallow—traded under the title Burlington Funds.

A news report said that a Cameron-controlled firm, which actually conducted the majority of the abovementioned activities, received at least 3% in fees for the amount invested in every sale of the three UCIS.

There were more than 800 consumers who invested approximately £30 million in the UCIS. But the three UCIS eventually failed, according to the FCA notice.

The UK watchdog also said: “Cameron made Burlington and staff under his direction instrumental in every stage of promoting and arranging investments in the UCIS. This was a deliberate breach of the agreement between Burlington and its principal firm.”

Further, it said: “Cameron knew that his activities created a risk of the UCIS being sold to investors for whom the products were not suitable. He recklessly devised a structure that was likely to provide false assurance that Burlington’s involvement was authorised. Due to his lack of honesty and integrity, Cameron has been now fully banned and fined.”

With Power (Should) Come Responsibility

By acting with dishonesty, an individual representative of a bank, payday loan company or other financial services firm is also representing the industry as a whole. Those who have great power have great responsibility to the consumers and their company. All of these sound like a given, a matter of common sense. But sometimes these are the things that are overlooked.

As the FCA strengthens the transparency of the market, it will come after players who are undermining this strategy through their dishonest efforts. Individually, the market players should also be doing their part by maintaining integrity among their ranks and their entirety.

In the wake of the financial crisis, then-Financial Services Authority (FSA), the precursor to the FCA, had to rebuild customer trust and confidence.

According to Jon Pain, managing director of Retail Markets: “The erosion of customer trust and confidence has occurred slowly but surely inch by inch over many years akin to coastal erosion – eating away at consumer trust with sometimes a major market failure spurring on acceleration of the rate of erosion – and with fundamental consequences – rebuilding confidence will not be a simple task but it’s nevertheless essential for the benefit of society at large that the industry collectively heeds the call and takes decisive action.”

This has been the mandate of the FCA. Actions of the likes of Cameron would be counterproductive to say the least. But it is also the FCA’s duty to expose them.

After years and years of policing, the FSA had got it down pat. According to Jamie Syminton, head of wholesale enforcement of the FSA, in a speech at the City and Financial Market Abuse Conference in 2012: “Each time market abuse takes place, that is a result of the conduct of an individual or a group of individuals. But what makes it possible is the culture: the culture of the firm, of the industry and of the regulatory environment.”

Syminton outlined the steps that the regulator would take to ensure that cultural change happens in organisations and the industry:

The regulator and the regulated businesses must work hand in hand to become better. They must all have a sense of accountability to the consumers and the industry they serve in. The fall of one can signal the fall of the collective.

Syminton put it so well this way:

“But the front line in the battle against market abuse is the industry itself. We have expectations on firms and individuals, clearly set out, to take action that will prevent market abuse and help to police it. We hope that market practitioners will do so voluntarily, because it is in the wider best interests of all market participants that market abuse is minimised.”