The stock exchange market is something of a mystery to most people. There are some experts out there who understand all there is to know about the highly lucrative markets. There are many companies that offer firms affordable cash advice to help them. After all, most SME and large businesses need to list themselves on the stock exchange so that they can get backers. Unfortunately, it is not as simple as it sounds. Finding a responsible lender willing to help is a difficult feat. 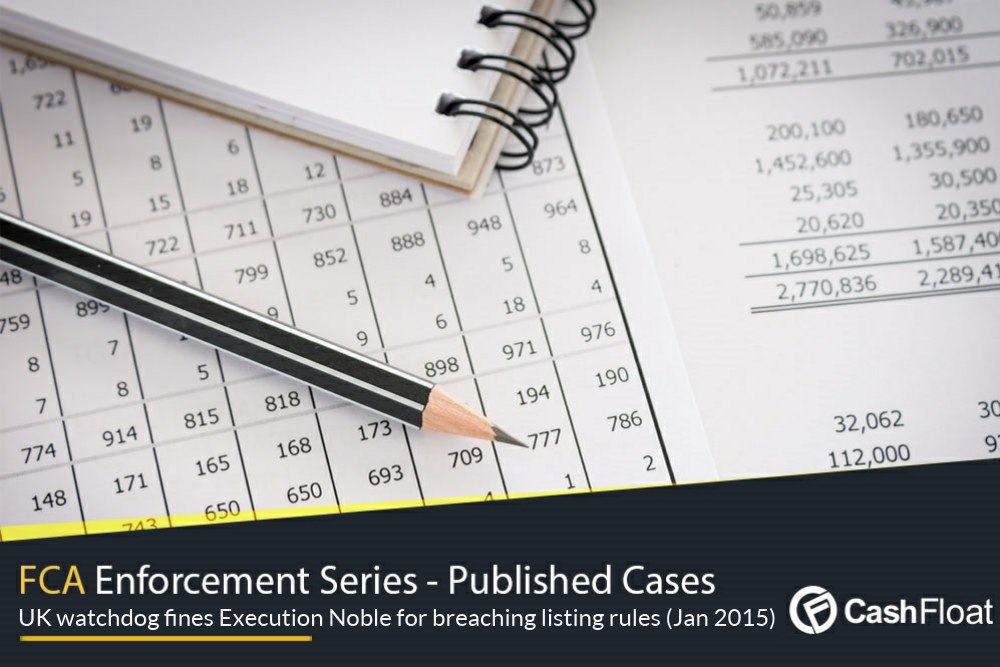 As you might imagine, there are many restrictions on the stock exchange sector of the financial world. People have a chance to make (or even lose) billions of pounds through a simple transaction. When companies deal with such massive finances, it is crucial that someone oversees things. These companies must come from a neutral point. That is to say that there should be no level of bias within the regulation side of this sector. That is where the UK watchdogs come into the equation. They have the jurisdiction to ensure that everything within this area is well above board.

Western Circle is a financial institution providing short term loans in the UK under various trading names. We have employed our compliance team to have a look at famous cases of financial misconduct to make ourselves the best option for our consumers. Last January, there was a severe case of misconduct within the stock exchange sector. Each affordable lender should protect the finances of their clients, but that is not always the case. Execution Noble & Co offer just one example of how companies can abuse their power. It is crucial that these firms communicate with the regulators so that they understand the stocks. When a sponsor fails in this duty, they put the finances of many people at risk.

Execution Noble & Co are a branch of the failed bank, Banco Espirito Santo SA. This firm is of Portuguese heritage and, at one time, offered many short term loans and business transactions. At the time when this story came out, the Chinese brokerage firm, Haitong Securities Ltd, was in the midst of taking over the branch. That is to say that Execution Noble & Co are soon to be part of the large Chinese enterprise. The department acts as a sponsor for the stock exchange. There are many rules that they must follow to keep this title, yet they failed in their duty back in 2013.

What is a stock exchange sponsor?

To understand this case in-depth, you should first know what a stock exchange sponsor is. It is the duty of a sponsor to make sure that they give companies advice when it comes to listing themselves on the stock exchange. As we have already discussed, the market can be an excellent way for a business to receive financial support. Aside from this role, they also have a duty to make sure that they update the FCA with any changes to their company. This role is the one that the ENCL failed to master during an extended period. Of course, it is of the utmost importance that the regulator has all the information they need to govern the sponsors here in the UK.

ENCL was not a competent sponsor

So that they can be a qualified sponsor, a company must have a large staff of people working in this area. ENCL marketed itself as a responsible sponsor during the period of June 2013 until November 2013. In reality, though, certain changes in the company meant that they no longer had the right to make this claim. When the FCA found out about this case of misconduct, they had no choice but to take some form of action against the group.

Details of the case

Over that six-month period, the ENCL had let go an amount of their staff. In fact, ten of their employees left the businesses during that time. That meant that, over a short period, the company lost two-thirds of its sponsor team. At this point, the sensible thing to do would have been to notify the FCA of the problem right away. Rather than doing so, the firm continued as usual, promoting itself as one of the major sponsors for the stock exchange. When the FCA became aware of this problem, they started an inquiry into it. The fact of the matter is that the group were lying by omission. In not telling the company that there was a change in their ranks, they were misleading them.

A new type of enforcement

This instance is the first time that the FCA have taken direct action against a sponsor of the stock exchange. That is to say that this case sets a new president for how the regulator will deal with these issues in the future. The regulator is famous for pursuing cases within the payday loans industries and banking. Despite this fact, this event shows a change in the watchdog’s focus.

In reality, the FCA did all they could to take the proper action here. The fact that they were treading new ground means that they took a little longer than they should have to address the matter. Regardless, their actions here sends out a message to other sponsors that do not update the regulators.

The watchdog issued a fine of £231,000 to the ENCL for breaching its guidelines. The company’s actions did not cause any companies to lose money, and so the fine is rather minor. The officials from FCA have stated that other sponsors should take note of this punishment.

What is so interesting about this case is the fact that it is the first of its kind. Over the years, both the FCA and PRA have dealt with loads of cases both here in Britain and abroad. This instance shows that the regulatory bodies are willing to take action against any firm. Regardless of their sector, a company that breaks the rules will face consequences of their actions. It is of the utmost importance that the watchdogs ensure that businesses are fair in their dealings. A business should never misrepresent itself or mislead people. That is why the regulatory services had to take action against the ENCL.