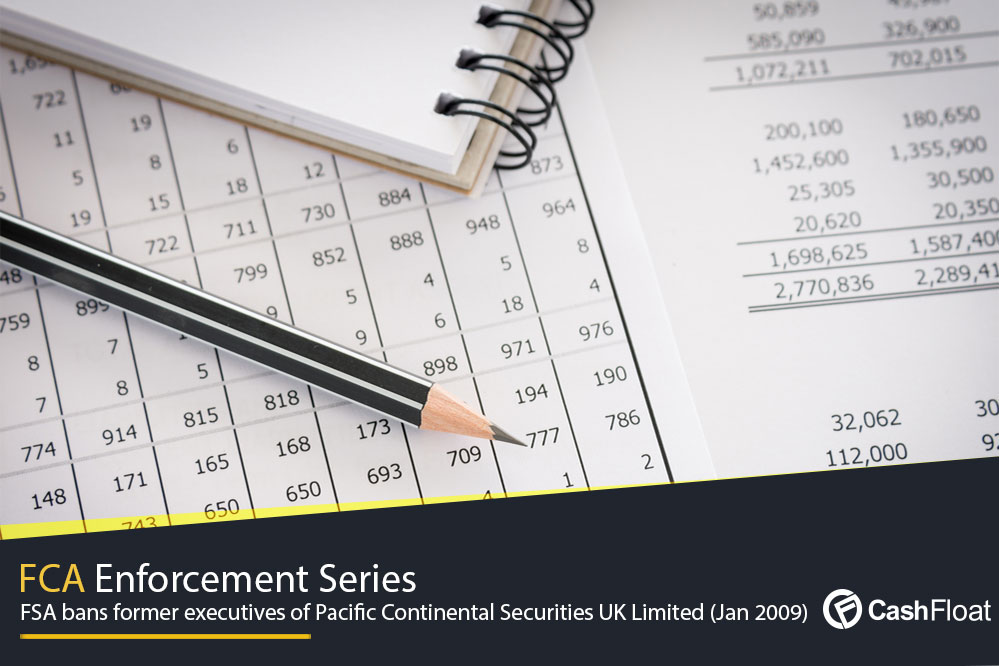 The Role of the FSA

In January 2009, The FSA found that Pacific Continental Securities used high-pressure sales tactics to sell shares to client. Cashfloat a responsible and direct payday and short term loans lender reviews FSA cases. The FSA has taken many different approaches to dealing with financial misconduct in the UK. There have been fines and bans imposed on executives from holding positions of power within companies. In the UK, there have been some serious issues surrounding financial companies. Their internal processes have been under intense scrutiny. As such, the FSA has stepped in to ensure that businesses are fulfilling their obligations to their clientele. There has been a series of financial misconducts within the UK over the course of the last decade. Many of these firms have been held accountable for their actions. They have seen their businesses fined. What’s more, executives have been held personally liable for failures within a company. These cases have been ongoing for many years. But, there are some businesses that have been dealt larger fines and levies than others. Banks, stockbrokers and retailers that offer loans, credit agreements and the like to consumers have been subjected to investigation. All businesses in the UK have to be seen as compliant with the rules of the FCA and PRA. Prior to the reformation of these regulatory bodies, the FSA was the governing body for financial affairs in the UK. As such, it meant that investigations into financial conduct were often deemed the right course of action. Many companies have been party to these investigatory means. One company, in particular, Pacific Continental Securities Limited were investigated during January 2009. The Cashfloat team decided to see what the FCA came up with during their inspection

During the onset of 2009, PCS was duly investigated by the FSA. The stock brokerage firm was found to have significant failures within its venture. As such, the chief executive Steven Griggs and the finance director Charles Weston were fined £80,000 and £95,000 respectively. The company and the individuals were found to lack the appropriate advisory bodies for informing customers of investing in high-risk shares. Due to a lack of advisory information, the stockbroker left customers at risk of losing a great deal of money. As the role of the FSA is to protect the financial integrity of the UK market, they found that PCS failed to uphold this. It seemed that there was a lack of controls in the way in which customers were treated. Customers were not treated fairly by the firm. It used a number of unorthodox methods to obtain money from customers.

The Issues Surrounding Pacific Continental Securities and Its Customers

The FSA found that PCS used a number of high-pressure sales tactics when selling shares to client. They also failed to implement a safeguard for its clientele. As such, they failed to include limits on accounts. These limits ensure that customers are not left open to risk. Aside from this, PCS also failed to provide honest information on the risks associated with their business. The FSA ruled that the company had been prioritising profit margins over consumer needs. Pending the investigation, it was also found that Griggs and Weston did not adhere to the codes of practice. These are needed for handling customer complaints. When a customer did complain about the service that they received, the complaints were not audited as per the rules of the FSA. Aside from misleading customers, the couple also failed to notify the FSA of their dealings with a known fraudster. What does this misconduct mean for customers? These issues surrounding the company’s misconduct have serious ramifications for the integrity of the UK market. But, it also left customers vulnerable to losing substantial amounts of cash. As any responsible lender will attest, it’s imperative that companies are honest. Fair open lines of communication are essential for customers. High-pressure tactics must be avoided at all costs. Consumers need to have a wealth of information surrounding the products that they are investing in. PCS failed on numerous accounts to handle customer’s accounts and complaints. They lacked basic integrity that is needed within the financial industry. Customers were left vulnerable to financial implications. But, their complaints were also not dealt with in a way that is deemed fit by the FSA. As such, customers were misled, lied to and bullied into buying unsuitable products and shares. Griggs and Weston, in particular, were slammed for failing to manage their business accordingly. With this, there were serious issues surrounding the case.

The Role of the FSA

The FSA has a responsibility to ensure that customers are protected from unscrupulous sales tactics. What’s more, they have a right to ensure that customer’s needs are met above company’s profits. In the case of PCS, this failed miserably. Customers were subjected to high-pressure sales methods. Plus, they were mis-sold products that carried a substantial risk. When a company fails to put customers before profit, the FSA can step in and investigate the business and its failings. In the case of Pacific Continental Securities, both Griggs and Weston were banned from carrying out prominent roles in the industry. The imposed fines were seen as a cautionary measure to other companies that fail to comply and adhere to the guidelines of the FSA.

What Can the FCA and PRA Do to Prevent This From Happening?

In this case, the FCA could have imposed larger fines. In the main, the penalties are meant to act as a deterrent to companies who fail to comply. But, the FCA, in particular, seems to hand out nominal fines to individuals who are engaged in misconduct. The system, it seems, should be fairer. The consumer needs to be at the heart of any financial service. The FCA and PRA need to be more proactive in their stance when it comes to matters of misconduct. What is more, it seems that the FCA needs to be transparent when dealing with complaints. It appears that there is a bureaucratic process for the FCA to be involved. As such, this bureaucracy can hinder the process of complaints made by customers. Claims need to be taken more seriously by companies and the regulatory bodies. In the case of Pacific Continental Securities, customer complaints were not upheld. In fact, there was no resolution to the clients following the investigation of the company. The FCA, for this reason, needs to ensure that this process is a quicker and more efficient. Firms need to have a customer complaint procedure in place as a matter of best practice.
Share