The UK market is said to be steeped in heavy regulation, when it comes to matters of financial services. Financial service providers are all too aware that they have to play by the rules. Many responsible lenders are keen to do so. But, there are some firms around that believe that they can flout the rules. As such, this can pose a significant amount of problems for consumers and the economy as a whole. 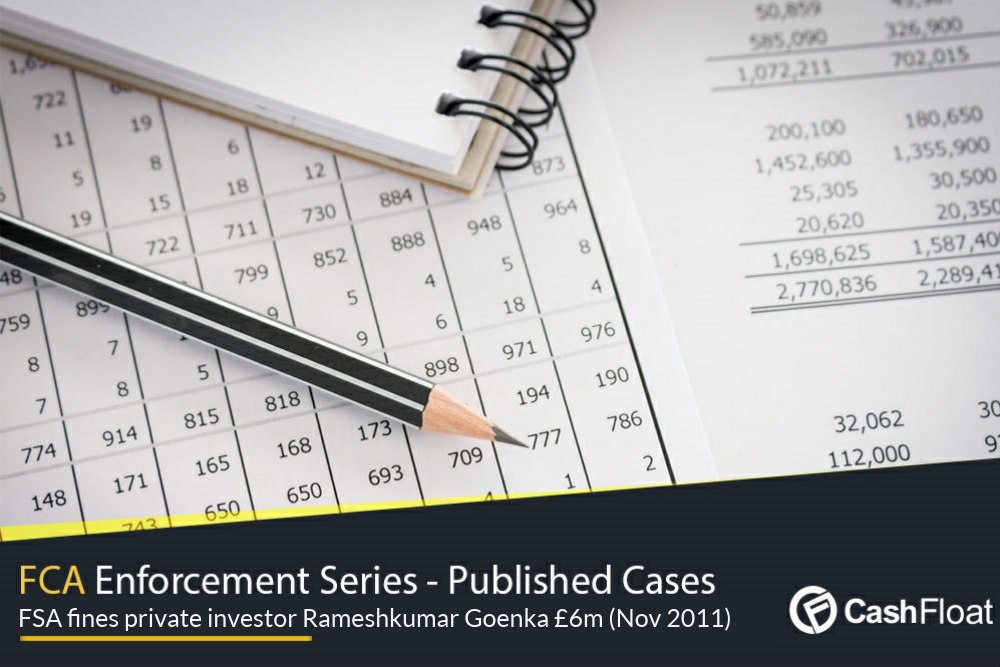 The Importance of a Stable Financial System

The UK financial market has to operate with honesty and integrity. Financial service providers need to provide their clientele with the right information. But, they also need to ensure that they are working on a basis that serves the interests of the economy. Failure to do this can result in a lack of trust.

The Role of the FCA and the PRA

The role of the FCA and the PRA within the UK’s financial service industry is to ensure that they are overseeing regulation of this market. The principles of the FCA and PRA are clearly defined. They ensure that integrity can be upheld in the market. This means that issues of manipulation, misconduct and dishonesty within the sector can be investigated. As such, the role of the FCA is to regulate these services to provide the UK with a stable and trustful economy and market. Of course, the FCA’s role is clearly defined. Many companies of financial products are keen to ensure that they are compliant with their principles. In some cases, however, this is not apparent. Manipulation of the market is not something that is looked upon favourably by the regulator. If a person or individual has been involved in this kind of misconduct, they will find themselves in lieu of a fine. Personal accountability is something that the FCA and the PRA feel strongly about.

There are many honest companies and individuals within the financial sector. Yet, some push the boundaries of honesty and integrity. What’s more, they break the fundamental principles as espoused by the regulator.

The case of Rameshkumar Goenka is one case in point.

Western Circle is a financial institution providing short term loans in the UK under various trading names. We have employed our compliance team to have a look at famous cases of financial misconduct to make ourselves the best option for our consumers. Here, we will find out more about the misconduct that occurred in Goenka’s case, and what the FCA could have done to prevent this issue from arising.

The Case of Rameshkumar Goenka

During November 2011, Rameshkumar Goenka was found to have operated in a series of misconducts while working for a large Indian based company. He was found to be rigging and manipulating share prices of Reliance Industries. During this time, he was considered to have conducted a series of manipulative tactics to ensure that the share price of the company was increased.

Typically, this kind of behaviour is done to increase the share price of a business at the end of the trading day. Trading day figures are conducted on a daily basis. This is the foundation of the exchange market. Manipulating sales orders is a massive no-no. Often this is done to make it seem as though a company is performing better than what they are. But, this is something that is considered as serious market abuse. However, this is precisely what Goenka did. As such, he avoided a colossal loss for the company. The total of the loss was $3.1m.

Operating in such a way undermines the integrity of the market. But, it also leads consumers to believe that they are investing in a company that is performing well. This kind of manipulation can have serious effects on the entire stock exchange, investors and the economy. As such, this is considered market abuse and the FCA are keen to step into eradicate this problem.

What the FSA Found

The FSA investigated Goenka to discover why this market abuse had taken place. As such, they found that he had been in receipt of profit from manipulating the prices on the stock exchange. Aside from profiteering, it was also discovered that he had put Reliance Industries in a higher position than what they were performing.

Of late, the FSA has been keen to introduce stronger fines and incorporate personal accountability into their cases. If the FSA find that an individual has been operating on a dishonest basis, they are held accountable and fined in the process. The FSA, in the case of Goenka, decided that he needed to be held responsible for the actions that he had undertaken.

The fine that was imposed totalled £6m. Goenka was given a 30% compliance discount for settling at an early stage. The discounts are offered to all perpetrators of financial crime if they are seen as willing and compliant pending an investigation. The original total of the fine was set at £7.7m. At the time of the investigation, this was one of the highest fines given to an individual regarding market abuse.

How Can the FCA and PRA Prevent These Actions From Happening?

During the case of Goenka, the FSA was in existence. However, the FSA has undergone a rebrand to ensure that it is more viable. As such, the FCA and the PRA can prevent these instances from occurring.

Market abuse and manipulation are something that, sadly, has happened in the financial sector for a long time. Banks and international companies have used these methods over the course of the last decade. In the case of Goenka, it seems that this could have been prevented from occurring. The FSA, following the investigation, stated that Goenka had conceived a similar market abuse plan for another company. However, this did not come to fruition. As the FSA were aware of this, they could have imposed a ban on Goenka from working within the UK. Yet, they failed to do this.

The FCA can prevent these instances from occurring. If there are known individuals in the sector who have been party to market abuse previously, they should be banned from performing within the sector. Without these stringent protocols, this kind of abuse will continue to happen. As such, it is down to the FCA to ensure that people are thoroughly vetted before allowing them to work in such high profile positions. Only then, will these high profile cases of abuse be eradicated from the market.

Kelly Richards
Kelly Richards is the founder of the Cashfloat blog and has been working tirelessly to produce interesting and informative articles for UK consumers since the blog's creation. Kelly's passion is travelling. She loves her job because she can do it from anywhere in the world! Whether inspiration hits her while sitting on the balcony of a French B&B, or whether she is struck with an idea in a roadside cafe in Moscow, she will always make sure that the idea comes to fruition. Kelly's insights come from her knowledge gained while completing her degree in Economics and Finance as well as from the people she meets around the world. Her motto is: Everyone you meet has something valuable to teach you, so meet as many people as you can!
Related posts
Money & Borrowing
Understand English Financial Documents if You Don’t Speak English.
Money & Borrowing
Is The Budget Smart Meter Really So Smart?
Money & Borrowing
New business venture: Advice you must know!