Where Does the Payday Loans Bad Reputation Come From?

Payday lenders have a bad reputation but do you really know why? Read here and explore the unbelievable story of payday lending in the UK. 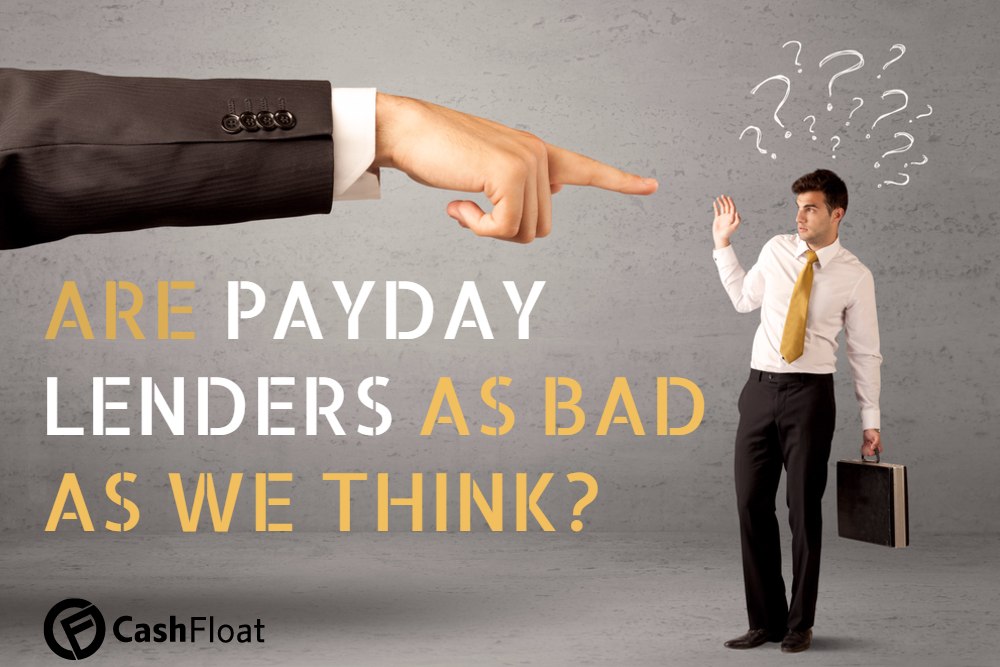 To understand how this attitude came about, it is important to discuss how the payday loan industry developed. The history of the modern payday loan industry in the UK began in earnest with the deregulation efforts of the Thatcher government in the 1980s. Margaret Thatcher, along with Ronald Reagan in the US, had both been heavily influenced by conservative thinkers, including Milton Friedman and Ayn Rand. These philosophers argued that government was fundamentally a bad thing and got in the way of people living their lives in the way that they wanted.

In banking, for instance, many people on lower incomes had not been able to take out mortgages or buy things on credit because of stringent banking regulations. But Thatcher pressed for a change in the law that would allow banks to more freely lend to their poorer customers. This helped push up things like car and home ownership.

Before the 1990s, lenders mostly granted loans for houses and cars. However, starting from the 1990s, conditions changed and credit became increasingly available. With this increasing availability, lenders in the UK began offering what they called payday loans. This type of loan is designed to supplement monthly income.

Over time, pay day loans in the UK became the norm. Credit was cheap from most providers and getting hold of credit was easy for regular people, unless they happened to have an appalling credit rating. Inventions like the internet made it much easier for customers to connect with lenders. In turn, this dramatically expanded the market and made it much easier to get the funds that people wanted. Online payday loans in the UK were discreet, and they meant that borrowers could apply for loans from the comfort of their homes. This was a huge shift from having to explain themselves to a bank manager.

While the economy was booming in the 1990s and people’s incomes were rising, repaying payday loans in the UK wasn’t a problem. Most people managed to make their repayments just fine, and the industry hummed along nicely. This led to a climate of optimism. During this time, payday lenders increasingly relaxed the conditions they placed on loans. They began accepting people with ever-worse credit, believing that the economy would only continue to improve. This was the mutual feeling at the time of the digital revolution. The entire industry got sucked into the idea that the world was entering a “New Economy”. The revolution in PC software and hardware would fuel the new era, as well as the internet. Family incomes would grow rapidly, they predicted, meaning that making loans was low-risk.

Unfortunately, this happy state of affairs did not continue for long. In late 2000 the “Dotcom” boom – an explosion in the valuation of shares in tech companies – came to an end. Consequently, the market collapsed. Because so many lenders had money tied up in the Dotcom stocks, they lost money and were forced to implement tougher collection methods. Many customers and members of the media weren’t happy about this and believed that the industry was engaging in unscrupulous practices. For instance, many lenders jacked up their prices in the immediate aftermath of the bubble bursting, requiring customers to pay higher interest rates on their loans. Others saw an end to sustained growth in wages, again leading them to charge higher interest rates.

Although the economy started to boom again after 2002, the golden age of payday loans in the UK had come to an end. The industry was now tainted with the payday loans bad reputation, thanks to the bad publicity it had received in the press, following hikes in interest. Many people pointed to the deregulation of the 1980s as one of the reasons why the industry had become so reckless, arguing that life would be better if pay day loans in the UK were hard to get once more.

The Payday Loan Industry in the UK Adapts

Some companies in the sector further built the payday loans bad reputation of the industry by resorting to Machiavellian methods to reclaim their debts. DEbt collectors tricked people into letting them into their homes, and their stories were lapped up and broadcasted by the media.

But despite the bad publicity and payday loans bad reputation, economic conditions would work in the payday loan industry’s favour. When the 2008 financial crisis hit, the industry boomed. With wages falling, people had to resort to lenders to cover their basic costs, including things like repairing their cars as well as for essential maintenance in their homes. During this time, payday lenders in the UK advertised that they only lent out small personal loans in the region of £100 to £1000 – manageable sums for most people. But because the industry had to charge high-interest rates to cover their risks, average payday loan debt soared to more than £1,200 in 2012. 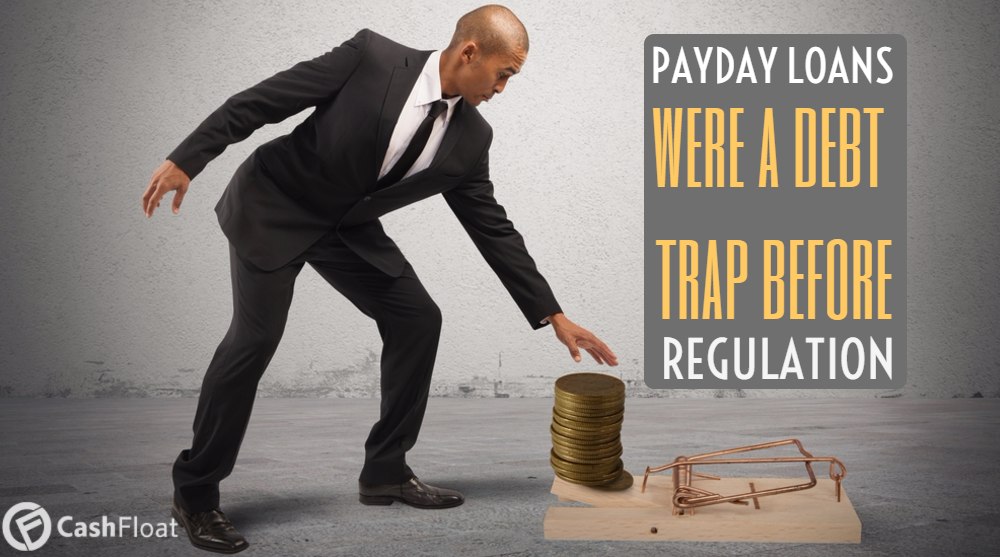 Things came to a head back in 2013 when ministers from the UK parliament accused Wonga – a large payday loan company at the time – of charging customers “extortionate” rates of interest. The Daily Mail soon picked up on the story, reporting that Wonga, along with other players from the industry QuickQuid and Mr Lender, had defended charging customers an interest rate of over 5,853 percent per year. On top of that, MPs also accused the company of Continuous Payment Authorities, a deal with banks that allowed the company to extract money it was owed directly from its customer’s bank accounts.

The Office of Fair Trading listened to the arguments of the major payday loan companies which claimed that the practices were necessary to ensure that other customers received an excellent service. But the government agency decided instead that the payday loan lenders based their business model on the fact that many customers would never be able to afford to repay their loans.

So far, we have learnt:

The idea that payday loan companies were deliberately trying to get their customers to roll over their loans to make their business model work outraged MPs and members of the press. Suddenly, talk of regulating the industry once again entered the public discussion and put political pressure on parliament to act. So many people were getting into payday loan debts that they couldn’t afford to pay back that it was becoming a matter of national concern.

Ed Miliband, the Labour leader at the time of the Wonga outrage in 2013, said that payday lenders were responsible for the “quiet crisis” of thousands of families the length and breadth of Britain. Just a few months later in June 2014, the Financial Conduct Authority (FCA) announced new rules on payday loan lending in the UK. These regulations limited the number of opportunities payday lenders were allowed to give their customers to “rollover” their debt. The new rules also meant that lenders weren’t allowed to repeatedly apply for money using Continuous Payment Authorities through banks, ensuring that customers had enough money for essentials in their accounts.

At around the same time, Wonga further added fuel to the fire, increasing the payday loans bad reputation with the Wonga’s fake legal letters scandal. On 25th June 2014, the BBC reported that payday lender Wonga had been found guilty of sending its customers legal letters from a law firm which did not exist. These letters threatened customers with legal action if they did not pay their debts, but Wonga had completely fabricated the letters themselves. The FCA won its case against Wonga, and the company was forced to pay more than £2.6 million in compensation to the 45,000 customers that had been affected.

Wonga was forced to pay more than £2.6m to the 45k customers affected by the fake legal letter scandal Click To Tweet

When the news got out, it confirmed what many members of the public had suspected for a long time: that the payday loans industry wasn’t acting in their interest. The actions of Wonga served to undermine credibility in the industry. This damaged its reputation and lead to formal legal proceedings. The executive director of the consumer magazine Which? described the actions of Wonga as a shocking new low in an industry that is already dogged by bad practice.

2014 was a low point for the payday loan industry, but since then, things have improved. In 2015, 3.5 million customers took out payday loans in the UK, and companies who behaved badly in the past, like Wonga, are losing money to the tune of millions of pounds a month.

So, are payday loans really bad?

Although the history of payday loans in the UK has not always been positive, it seems as if the industry is learning from its mistakes. That the industry hasn’t been shut down for good is a positive sign. It means that payday loans can be a lifeline if used in the right way. Consumers have learned the lessons of the financial crisis too, not taking out loans that they cannot afford. And they’re benefitting from the fact that payday loans are often cheaper than using their bank overdraft. The media continues to paint the payday loans bad reputation, but could the future for payday loans be bright?

Sarah Connelly
Sarah is an enthusiastic writer, blogger and an eager agent of change. After completing her degree in Computer Science in one of London’s esteemed universities, Sarah’s early career in programming left her creatively frustrated. Looked for a way to combine her creative and analytical side, Sarah’s search led her to Digital Marketing and now she writes content and code for Cashfloat. Sarah enjoys spreading awareness about common financial issues and the importance of money management. With her STEM background, Sarah believes strongly in ethical business management and consumer protection. in her free time, Sarah enjoys reading, watching movies and eating out. After all, #YOLO!
Related posts
Loans and Lenders
Payday Loan or Overdraft – Which One Should You Choose?
Loans and Lenders
Why is Access to Consumer Credit Under Threat?
Loans and Lenders
Creditspring vs. Payday Loans – Which is Really Cheaper?