Payday in the UK – Payment in the Civil Service


Working in the civil service can give you a payday higher than the prime minister! Or, you can get less than you could in the private sector. This article from Cashfloat short term lender explores the situation. 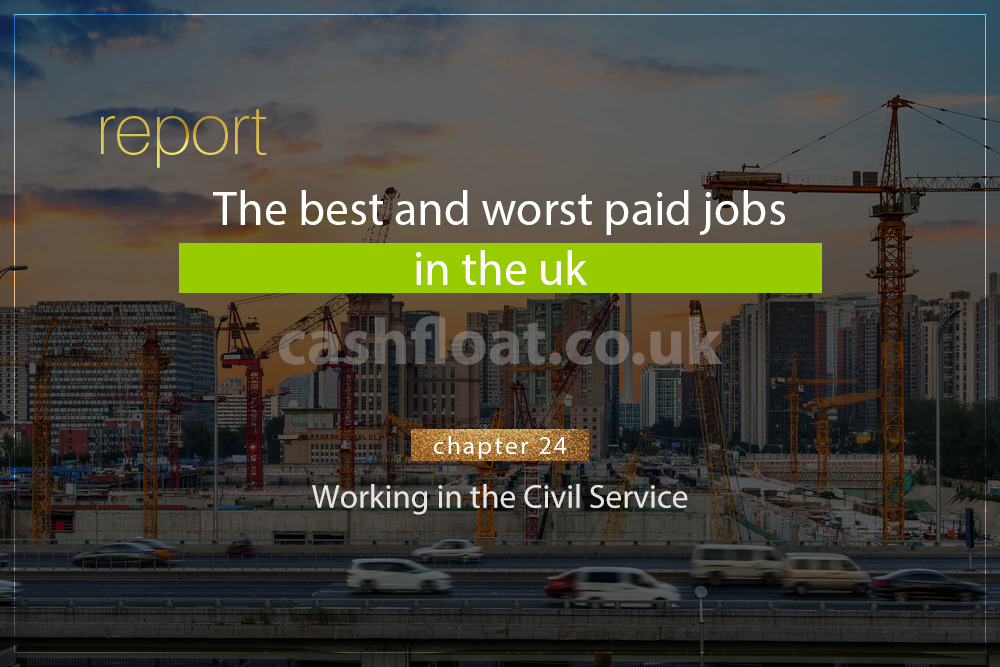 Top Wages in The Civil Service

In spite of the cut backs in other areas of government there are over a hundred jobs in the civil service that pay more than the amount of salary that the Prime Minister gets. These jobs have been created since the start of the last government Coalition and were approved even though there had been promises to put a stop to large increases in civil service pay.

Costing taxpayers the sum of £14 million year, most of these jobs are in the NHS, a body that is suffering from cutbacks in staffing levels and the wages of essential workers.

The new Quango which approved the salaries was established in 2010 and its own chief executive earns a six figure sum as well.

New Roles in The Civil Service

Criticism has been levelled at the government for failing to put a stop to the large pay rises given to senior civil servants and for creating more than 100 extra highly paid roles. These policies have led to more than 200 employees receiving some of the best paydays, earning a salary that is higher than the amount that David Cameron receives.

So, in spite of the fact that the government has imposed a freeze on public sector pay and nursing staff in the NHS have suffered cuts of around 3,500 – sometimes being driven to borrow expensive loans-online, these highly paid new positions have been created and are costing taxpayers a lot of money.

Cutbacks Are Still Going Ahead

Although the severe cutbacks in public sector jobs are still going ahead and around 700,000 jobs will go, the government has still felt it necessary to create these top jobs that are costing the country £14 million per year.

As a defence, a government spokesperson stated that all highly paid jobs in the civil service are subject to approval by the Quango, Infrastructure UK, and that this has prevented more positions paying out high salaries.

Is The Government Tough Enough?

British taxpayers and those who work in essential roles in health care have questioned whether the government is being tough enough on wages for senior civil servants. In reply a spokesperson confirmed that there has been a freeze on increases for senior civil servants for a year and that the number of people who were earning over £150,000 has been reduced compared to the figure for before 2010.

The controls that have been implemented to ensure that public money is not being wasted on high service salaries mean that each case has to be submitted for approval and as some of the roles have been merged, around £1 million been saved. Unfortunately, these figures are not much comfort to those NHS workers who suffered a pay freeze for three years followed by a fixed 1% pay rise for the next three years.

Some Civil Service Salaries Have Been Cut

It seems as though the value of someone like the chief executive of the Olympic Delivery Authority is valued more than the person who is in charge of running the country.

Arguments for high pay in senior roles in the civil service come down to the fact that in the private sector these executives would certainly earn more money than the salary they earn working for the government. In addition, there is also the matter of the high levels of expenses which many government employees receive for a variety of reasons including travel.

Only last year a report was published stating that pay in the civil service was failing to keep pace with pay in the private sector. In efforts make the service more streamlined, there have been cuts to jobs and some bodies are concerned that pay is uncompetitive and does not help to attract new entrants into the service.

In the past, the lower grades of civil servants were paid less than they could earn in the private sector but in return they received a generous pension when they retired. An HEO (Higher Executive Officer) could expect to earn around 10% less than an equivalent position in the open market and grades below that level were earning two thirds of the salary that they would have been paid in the private sector.

As pension rights are based on a final salary, this put some civil servants at a disadvantage and other benefits that would be offered by the private sector, such as car allowances, do not come into play.

Although many government employees have decided on a career in the civil service as a lifestyle choice and not because they want to earn high wages, the gap that has arisen between the public sector and private sector wages has now created a situation where it becomes harder to attract the best graduates to join.

Additionally, there has been a far wider use of contractors and interim employees as a means of cutting costs and this reliance on temporary staff has made the civil service less resilient and less attractive as an option for a career.

Now that the problem has been recognised there have been calls for a review of policy so that the civil service does not lose the opportunity of recruiting the best talent available. More flexibility about pay and rewarding success have been factors mentioned that would help to attract the top candidates the service.

Two Opposing Views of Civil Service Pay: Too High or Too Low

There you have the two opposing views about civil service pay. At the top end you can see some senior executives earning more than the PM and at the lower end there are not enough quality graduates applying to join because the wages they would get on payday are lower than in the private sector.

As the civil service has such an essential part in running the country, it seems that at some point soon the government has to get to grips with sorting out the pay structure. If this happens and those at the bottom end of the scale start to receive adequate enough pay rises to prevent a wholescale abandonment of the notion of working for the government, then we may yet get a civil service that delivers on its promises.

Money & Borrowing
How Does The Civil Service Compensation Scheme Work?