The nationalisation of the banks in a bid to save them was met with much criticism. Cashfloat examines this turbulent time and the effects of nationalisation. 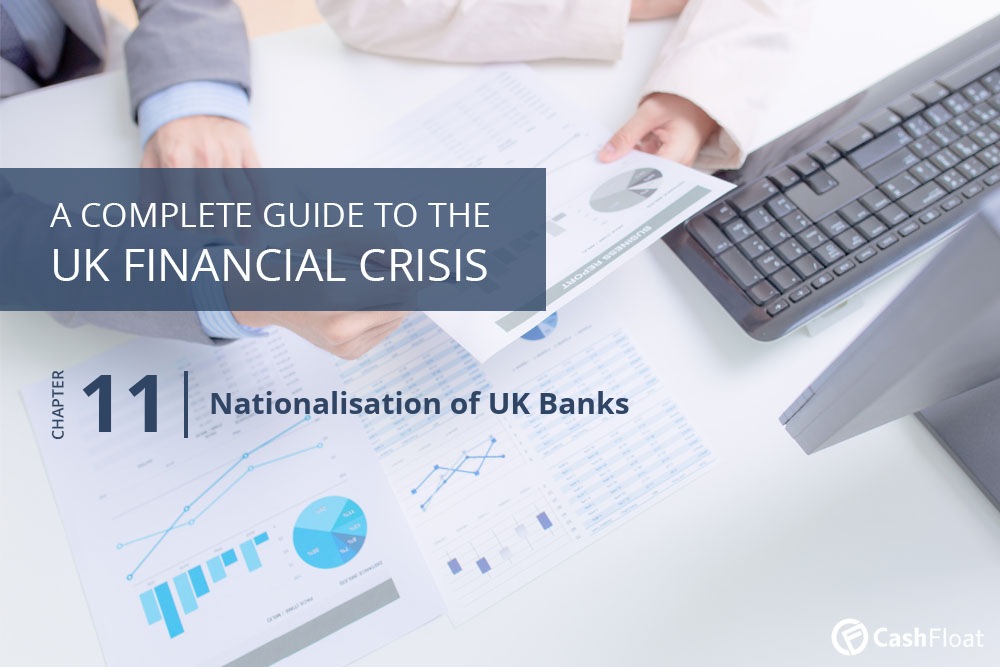 The Nationalisation of the Banks

One of the measures the UK government took to prevent a collapse of the financial system included nationalising banks on the edge of collapse. There had been several attempts at rescuing Northern Rock Bank when it first showed signs of instability. However, the rescue attempts failed due to a lack of reserves. The two private buy-out proposals did not have sufficient backing, and the government decided that savers and investors’ money would still be at risk. The Chancellor of the Exchequer initially opposed the planned bank nationalisation. He felt it was wrong for governments to decide on mortgage foreclosures while house prices were dramatically falling. But, after a lengthy discussion, the government felt that nationalisation for Northern Rock was the only option.

The government offered Northern Rock shareholders compensation set by an independent panel. However, some felt they could have gotten a better deal if the bank had remained private. Additionally, the bank nationalisation inevitably led to some unpopular measures like downsizing and job losses. 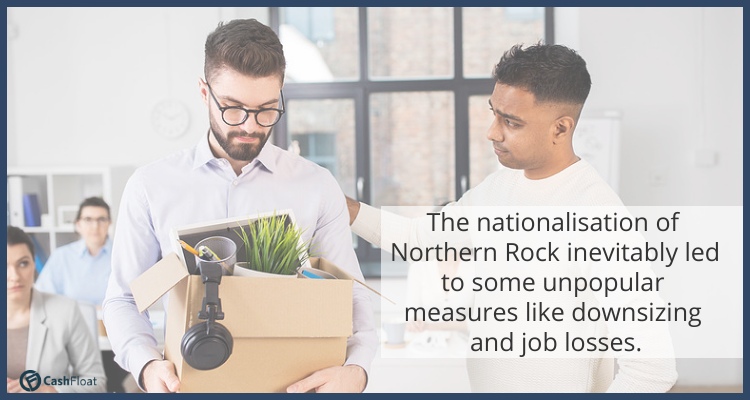 What Were the Results of the Bank Nationalisations?

The government became the only shareholder of the Northern Rock Bank, and a series of changes followed in the boardroom. New executives replaced the so-called ‘failed bankers’. Although they banned and fined some directors for misrepresenting mortgage arrears data, they took no legal action against the majority of the former board of executives. After that, the government announced a series of measures to pay off the debt to the government in the next four years. These included substantial job losses and nationalisation of the business. By September 2008 the bank was on its way to repaying the loan from the government. They also sold off mortgage assets to other lenders. However, the most far-reaching measure at Northern Rock was reducing the number of mortgages available to existing and new customers.

What happened to Northern Rock?

Northern Rock terminated its Danish operation in April 2008. And, in June, Lloyds Bank took over a portion of its mortgage book. The bank continued to be a sponsor for Newcastle United. However, they put the partially built ten-storey office block up for sale.

Two hedge funds started legal proceedings challenging the appropriateness of nationalisation as well as an appeal by shareholders about the level of compensation they had received. Both lost these legal cases.

In October 2008 there were accusations that the newly nationalised bank was being too aggressive about mortgage arrears. People complained about being kicked out of their homes. But, at the same time, the bank renewed confidence and many people opened new accounts. By January 2009 the Chancellor stated that the bank would not carry on shrinking but would begin appropriate lending by issuing more mortgages to creditworthy clients. A government loan partly financed the new lending. 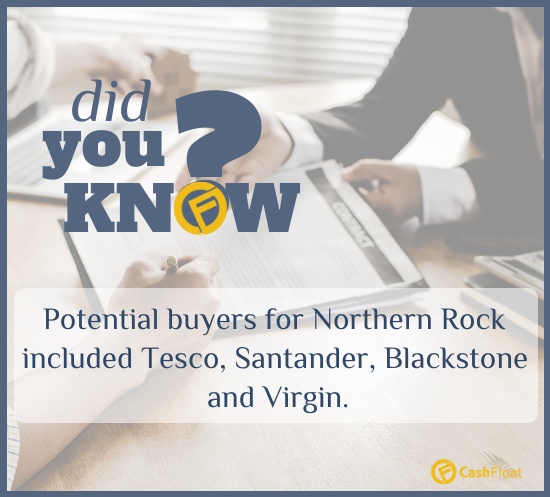 The Turnaround of Northern Rock

By 2009 the media was reporting that Northern Rock was becoming a success story. The strategy of the bank had completely changed. Whereas they used to encourage borrowers to look elsewhere once they cleared their mortgage, they now issued good deals for borrowers once again. 2010 saw the end of the government’s 100% guarantee of savers deposits as the bank returned to normal operation. Furthermore, the government capped the Financial Services Compensation Scheme at £50,000 per customer account.

There were several interested buyers for Northern Rock once the bank had regained stability and deemed profitable. The potential buyers included Tesco, Santander, Blackstone and Virgin. After a flurry of speculation, bids and counter bids, the bank was sold to Virgin Money in November 2011. The business made an initial payment of £747 million followed by up to £280 million over the next couple of years.

Looking back at the government’s decision to nationalise banks with the clarity of hindsight, it is evident that this action saved banks from total collapse. While some argue the government could have done a better job, the successful turnaround of banks that were teetering on edge speak for themselves.