Barclays Fine – Penalty of the Century?

October 17, 2021 - by Sarah Connelly
The History Of The Leading UK Banks – Chapter Fourteen

The FCA regulates the financial sector in the UK. This includes the payday loan sector in which Cashfloat operates. With the huge Barclays fine from the FCA in 2012, Cashfloat explore the far reaching consequences of financial misconduct by a bank in the UK. Can we trust Barclays ever again? 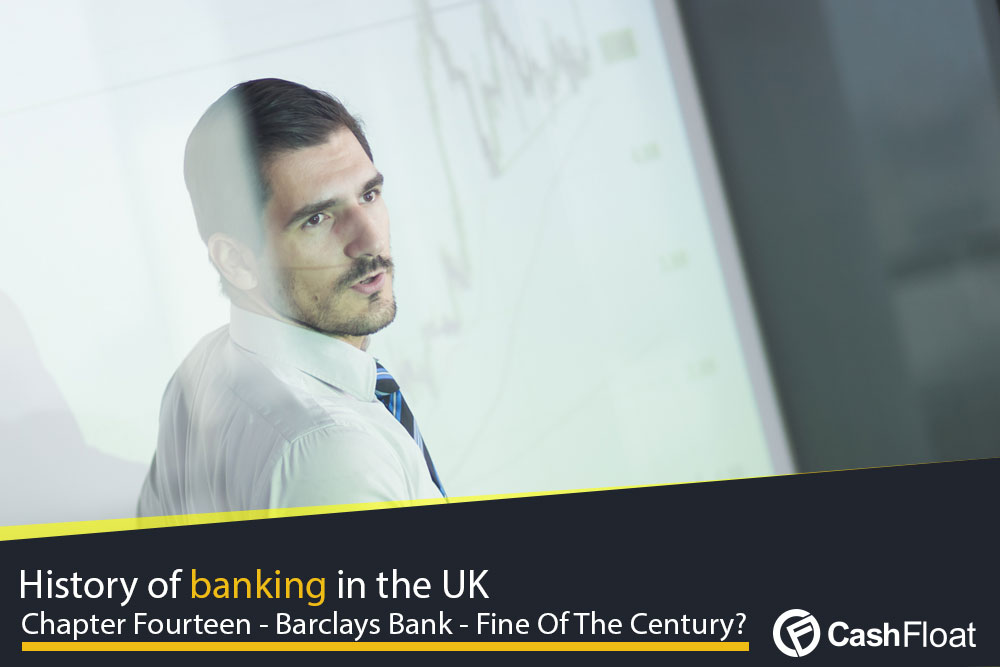 Barclays Bank is one of the oldest and, until recently, most respected banks in the UK and the world. However, just recently it was hit with a massive fine by the Financial Conduct Authority. This has left many people wondering how and why this happened.

How could a major UK bank have an accusation and found wanting when it comes to something as serious as money laundering crimes? Is it because there is a separate rule for the rich and powerful? Or is it because it all came down to how much profit they would get from the dodgy deal?

Although there was no actual evidence that they had committed a crime, Barclays Bank sought to complete a deal without due diligence. I.e. making the proper checks needed to ensure that it was safe from money laundering and financial crimes.

Fines By The FSA and FCA

Since the change over from the Financial Services Authority to the Financial Conduct Authority took place it appears that there have been more penalties for banks and not just those in the UK. The other main banks which operate in the country have also gotten huge fines. However, of course, the ones that get the most adverse publicity are the household names with which we are all familiar.

Both Lloyds Bank and the Royal Bank of Scotland have been subject to fines for a variety of wrongdoings. This includes the poor treatment of customers by mis-selling. But, the fine that Barclays received in November 2015 is the largest on record.

The transaction for which the bank received the fine was extremely secret. Only a few people at the bank knew of its existence let alone the details. The clients were a group of very wealthy people based in the Gulf. The bank went to some lengths to not ‘inconvenience’ them because it was so keen to do the deal.

Barclays should have carried out enhanced checks on clients which are ‘politically exposed’. However, instead, it took the clients on to benefit from a deal that was worth some £1.88 billion.

The FCA has stated that the bank ignored its own safeguards and best practices to win new business that would generate a high amount of income. This was a deal that was so secret that it did not even make it onto the computer system. However, it was found only on hard copies. 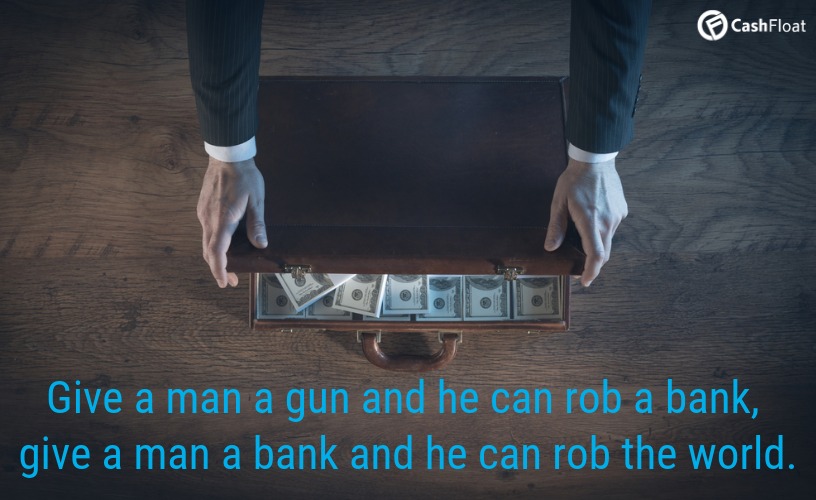 The regulators at the Financial Conduct Authority had investigated the deal and discovered that the bank failed to respond to details that could have indicated a financial crime. Furthermore, the people involved failed to establish the nature of the deal and the exact nature of where the funds were from.

Although there was no evidence that a crime had taken place, and the FCA did not point the finger at the clients, it criticised the fact that there was no clear account of who was responsible for making the necessary checks. This has now made it even more important that managers go to book when they do large deals.

The Barclays fine imposed by the Financial Conduct Authority was £72 million, and this was because Barclays ignored its own set of rules. The rules were there to prevent the risk of financial crime as it sought to generate new business.

The amount of the fine was made up of £52.3 million. That would have been the profit from the deal and a £19 million penalty. This latter figure would have been higher if Barclays had not cooperated with the authorities.

Although this deal happened in 2012 and was down to the previous senior management at the bank. The resulting punishment has once again led to some questions about the way in which major UK banks operate.

Recent forecasts from the bank regarding profits have already gotten lowered as a result of fines for wrongdoings that took place in the past. The current chairman has been attempting to restore the trust that was once a given for Barclays, and this has been a great setback.

This Barclays fine along with others imposed by the FCA have led to demands for stronger rules and more accountability by the major UK banks and other cash loan companies. The FCA wanted the burden of proof to be put onto the executives of banks. They would show that their organisations did not indulge in reckless behaviour. They would also take reasonable steps to prevent further wrongdoings.

However, after a period of consultation with the industry that resulted in a warning that this would prevent the best talent from being taken on at banks, the move has been dropped. People thought that spending time mitigating risk was the time that could be spent better on running the company.

Supporters of the changes stated that if bankers were held more personally responsible then it would change the ethos that is endemic in banking making for a future where banks were more responsible not less. 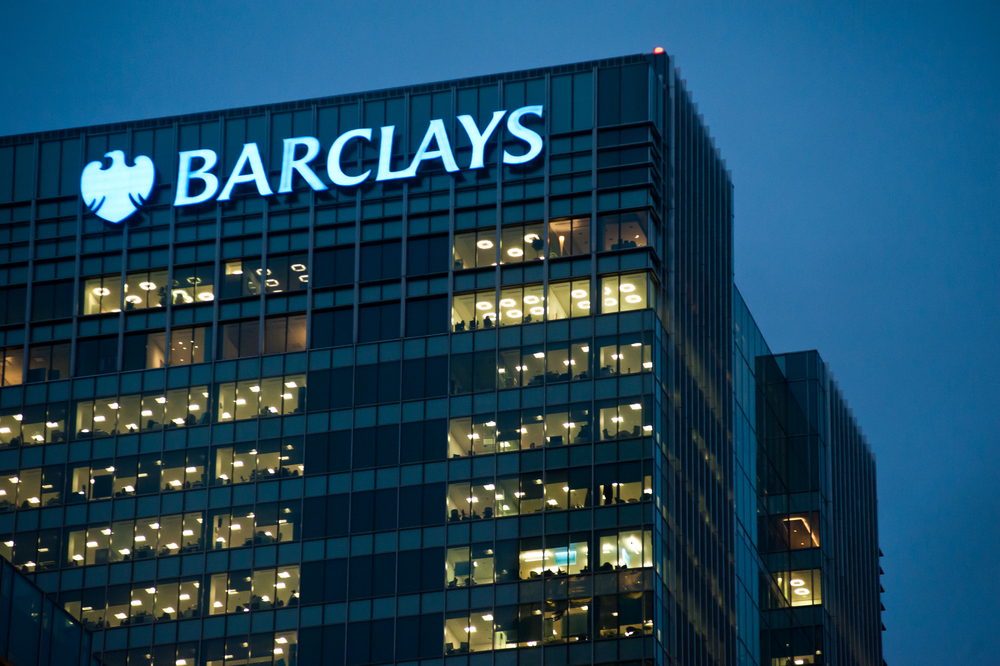 Following on from this huge Barclays fine, Barclays has now recieved fines for 150 million dollars. The fine came from the authorities in the US. It was for matters relating to misleading customers who were trading in currencies.

The DFS (Department of Financial Services) in New York stated that Barclays had been cancelling trades by customers. They were cancelling in the seconds between the placing the order and the trade happening. This would occur if the market was moving against the bank.

Clients who asked why this had happened were either ignored or were told that the markets were volatile. The DFS discovered records which held details of conversations between managers and staff members who got the order to be tactful when giving an explanation. Or to blind the client with irrelevant information.

The DFS has been keeping a close eye on Barclays since 2014. In May 2016 it imposed a fine of 485 million dollars. The bank was found guilty of manipulating the forex markets. With the latest fine it means that Barclays has had to stump up a total of 635 million dollars to the DFS. Eight members of staff went from Barclays following the Barclays fine. However, Barclays is cooperating with further investigations.

With ever more scandals hitting the major UK banks it seems that the public is no longer able to put their trust in the likes of Barclays and other major UK banks. The series of scandals, fines and huge bonuses that have received widespread publication in the media has done nothing to set at peace the minds of UK customers.

If a company as large as Barclays can set aside its own processes to secure a deal that will improve profits. Then there may not be much hope that ordinary customers will ever receive the trusted banking services that they need.

Sarah Connelly
Sarah is an enthusiastic writer, blogger and an eager agent of change. After completing her degree in Computer Science in one of London’s esteemed universities, Sarah’s early career in programming left her creatively frustrated. Looked for a way to combine her creative and analytical side, Sarah’s search led her to Digital Marketing and now she writes content and code for Cashfloat. Sarah enjoys spreading awareness about common financial issues and the importance of money management. With her STEM background, Sarah believes strongly in ethical business management and consumer protection. in her free time, Sarah enjoys reading, watching movies and eating out. After all, #YOLO!
Related posts
Technology & Innovation
Barclaycard: The UK’s First Credit Card
Money & Borrowing
An Overview of the Four Leading UK Banks
Money & Borrowing
Barclays Bank – A Short History