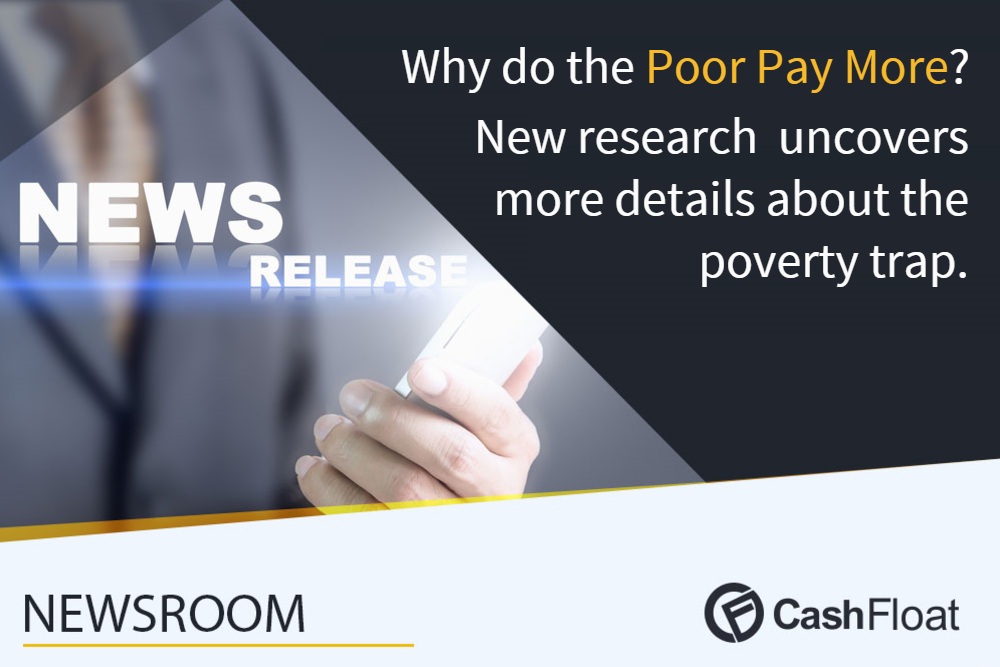 LONDON–(PRNews)— Western Circle Ltd (WCL), a London-based lending company trading as Cashfloat conducted this research as a further effort to understand their poorest customers living in the UK. Some of the startling results showed how much poor people pay due to a lack of bank accounts, cars and washing machines. Cashfloat published the findings of their research on Sunday 18 December 2016.

The poverty penalty caught the attention of Cashfloat’s researchers as they strive to understand the struggles and issues that payday loan customers are dealing with on a day-to-day basis.

“We did this research because we really want to help people, so we looked at what their problems are,” says Jeremy Lloyd, Director at Cashfloat. “We were a bit horrified at what we discovered. We all know that living in poverty is difficult, but the idea that saving money is too expensive is shocking!”

The team at Cashfloat are constantly striving to understand their customers better, so they can help UK citizens improve their financial situation in the long run.

Sarah Connelly
Sarah is an enthusiastic writer, blogger and an eager agent of change. After completing her degree in Computer Science in one of London’s esteemed universities, Sarah’s early career in programming left her creatively frustrated. Looked for a way to combine her creative and analytical side, Sarah’s search led her to Digital Marketing and now she writes content and code for Cashfloat. Sarah enjoys spreading awareness about common financial issues and the importance of money management. With her STEM background, Sarah believes strongly in ethical business management and consumer protection. in her free time, Sarah enjoys reading, watching movies and eating out. After all, #YOLO!
Related posts
Loans and Lenders
Are Short Term and Payday Finance Loans Alike?
Loans and Lenders
Why Payday Loans Are Not For Students
Money & Borrowing
Go on This Year’s Spring Shopping without a Payday Loan!