The Evolution of Banking in the UK

All companies in the financial sector are affected when changes take place. Cashfloat, a premium payday loan lender, present to you a concise overview of the evolution of banking in the UK. 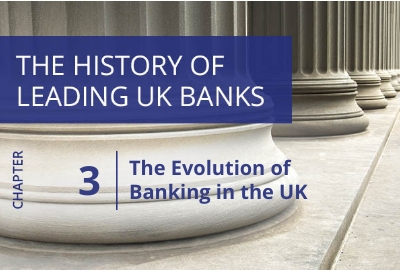 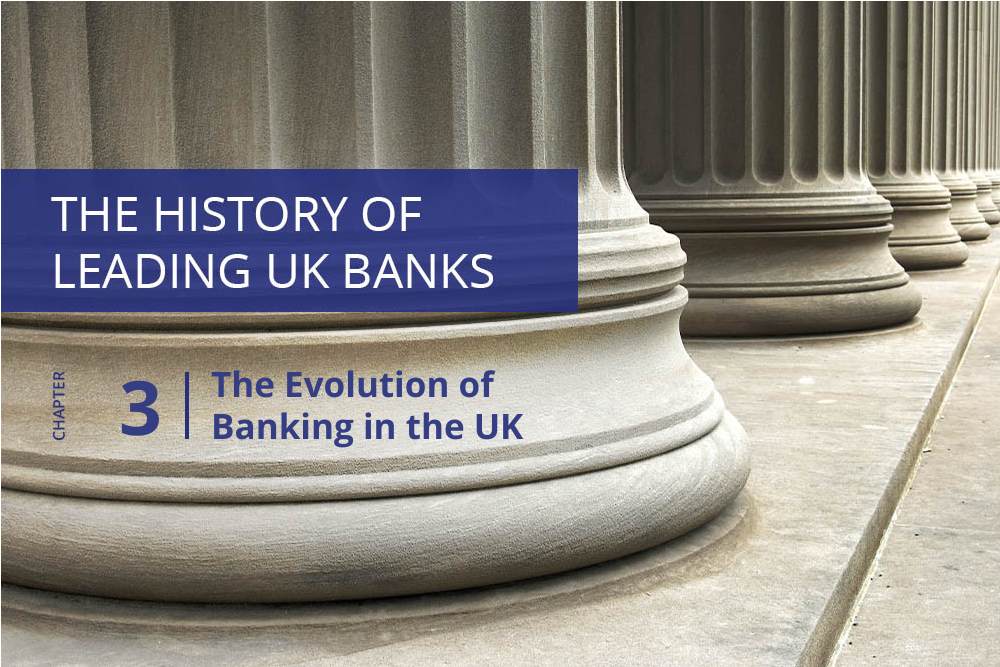 People have always saved or hoarded assets like jewels and cash. Banking began with merchants who deposited money into the ancient temples for safekeeping. In fact, the first real banks were started by the Romans, and one of the most famous old banking systems was founded by the Medici family in Venice in the fourteenth century. This was the largest bank of its time, and enabled the family to become one of the wealthiest in Europe. Banking then developed as a way to pay for goods and services in an efficient way all over the world.

In England, bank notes were introduced in 1661. The currency was quickly followed by the establishment of the Bank Of England in 1694. This was the first of the central banks and is still the banker for the English government. The BOE was originally privately owned but was nationalised in 1946 and eventually became an independent organisation in 1998. The BOE issues all banknotes for England and Wales and it is responsible for regulating bank notes issued by Scottish and Northern Irish banks. As the forerunner to the modern banking system of the UK, the BOE manages monetary policy and has its headquarters in the City of London. Known sometimes as the ‘Old Lady of Threadneedle Street’ the bank has become a watchword for reliability and solvency. The phrase ‘safe as the Bank of England’ is still often quoted to describe solid and safe investments.

When banks first started issuing banknotes, the writing on the note was ‘promised to pay the bearer the sum of ……. on demand’. Banks were deemed to be safe, and to have enough in gold reserves to cover all the bank notes that were issued. In practice this could never have come to pass, but fortunately not everyone wanted their money at the same time. There were small commercial banks that issued their own banknotes. However, as these were merged, the private bank notes eventually disappeared and all currency was issued by the Bank of England. The only exceptions were banks in Scotland and Northern Ireland. Even today, these two countries issue their own notes. The Bank of England keeps safe all the gold reserves of the UK and that of some other countries. It is the largest protector of gold reserves in the world.

Banking in the UK as we know it today evolved after World War 1 when there were a series of takeovers of private banks that resulted in the ‘Big Five’. These were Barclay’s, Lloyd’s, the Midland (now HSBC), the National and Provincial and the Westminster. In addition, there were local building societies and mutual savings banks that were being started. This was to help ordinary people save money to pay for a home of their own. During the 1960’s, the Big Five became the Big Four by reason of mergers and takeovers of several regional banks like Martins and William Deacons. The government introduced the National Giro-bank and eventually the Post Office Savings Bank. All of these organisations were used for saving money and some of them issued big and small loans.

Bank managers during this period were held in high regard and if you wanted to borrow money or sometimes just open a bank account you had to be interviewed by the manager. Many banks demanded references before an account could be opened. In additon, you had to prove you were creditworthy just to get a chequebook. Clearing cheques was a long winded process but this sped up with the introduction of MICR (magnetic ink character recognition) which is used for all cheques around the world. Domestic banking grew swiftly after the Second World War, and there were different types of bank accounts available. These included personal accounts, business accounts, current accounts (with a cheque book), deposit accounts and savings accounts.

The Evolution of Banking – The Age of Technology Begins

During the 1960’s as the growth of banking took off. At last, the first ATM’s (automated teller machines) were introduced into the UK. These were machines where you could withdraw cash by using a cash card issued by your bank. At this time, most people used cheques to pay for goods or for bills. As banking became more mainstream, many people started withdrawing cash using this method. However, cash cards would only allow you to withdraw money that you had in the bank (at this time there were very few credit cards) and not many people had access to overdrafts. But, soon there was the introduction of debit cards which could be used in place of a cheque to pay for many items. Large stores began to offer the option of paying by debit card in place of a cheque. Now we would consider the process as being quite drawn out with slips of paper being imprinted with card details, signed and copies being issued to the customer and the store as well as the issuing bank.

In 1973 the system of SWIFT payments was established. SWIFT stands for Society For Worldwide Interbank Financial Telecommunication. It is a network that banks use to send and receive secure financial transactions and financial messages around the world. This new system made it possible to transfer funds to anywhere around the globe and to know that they were safe. There are fundamental operating procedures that all banks adhere to. This system also provides a paper trail that can be followed to establish whether or not a fraud or illegitimate financial transaction has taken place. Read more about the grand history of credit in the UK on our blog.

Chapter 2:
UK banking deregulation and beyond

Chapter 4:
An overview of the leading UK banks

Kelly Richards
Kelly Richards is the founder of the Cashfloat blog and has been working tirelessly to produce interesting and informative articles for UK consumers since the blog's creation. Kelly's passion is travelling. She loves her job because she can do it from anywhere in the world! Whether inspiration hits her while sitting on the balcony of a French B&B, or whether she is struck with an idea in a roadside cafe in Moscow, she will always make sure that the idea comes to fruition. Kelly's insights come from her knowledge gained while completing her degree in Economics and Finance as well as from the people she meets around the world. Her motto is: Everyone you meet has something valuable to teach you, so meet as many people as you can!
Related posts
Technology & Innovation
Are Subprime Credit Cards Worse Than Payday Loans?
Technology & Innovation
How Do Vanquis Credit Cards Work?
Loans and Lenders
Why is Access to Consumer Credit Under Threat?