Summary of Brexit Benefits and Drawbacks for the UK

So how will Brexit affect your life? Here is the only summary of Brexit benefits and drawbacks that you need to read, from Cashfloat. 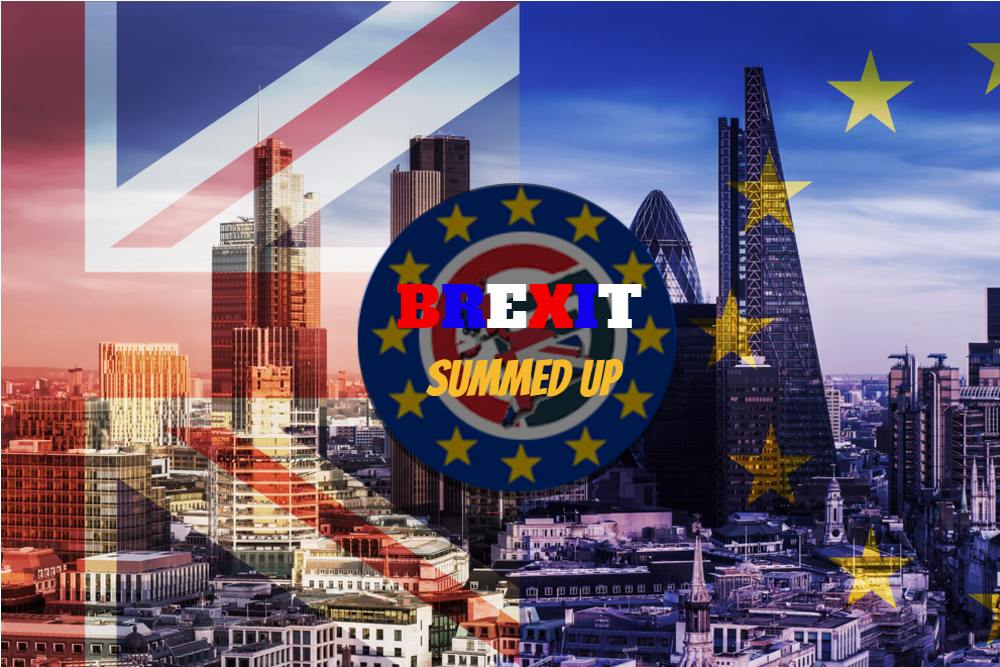 What difference will Brexit actually make to your life? Many of the issues surrounding Brexit, such as immigration, membership fees and import tariffs doesn’t seem to affect us at all. Here, Cashfloat, a short term finance lender looks at the Brexit benefits and drawbacks. But more than that, we take these seemingly irrelevant concepts and show you how this will affect your life. How will reduced numbers of immigrants make a difference to the NHS? What will that mean to you? How will your finances be affected by the different trading conditions? This is the only summary about Brexit that you need to read!

EU Membership Is A Trade Off

The question that is uppermost in the minds of many people is where will the UK trade when the country has left the European Union. Although it is impossible to imagine exactly what kind of trading model the UK will develop, there are a number of options available which are already being used by other countries.

Three countries that belong to the European Economic Area (Switzerland, Norway and Iceland) all have bilateral agreement with other EU countries. This means that they have to adopt some of the laws of the EU but are not full members. As such they do not get a vote or otherwise have any influence in EU policies and laws but do have access to the single market for trading purposes.

In return for this access, any member of the EEA must accept the four freedoms of the EU. This includes freedom of movement and a financial contribution to the EU coffers.

If the UK chose this scenario the country would be worse off. They would still have open borders, still pay a membership fee but have no say in policies or laws.

Brexit and the World Trade Organisation

The WTO is another option which the UK may use for trading. This option will be default if the government doesn’t come to an agreement with the EU before the deadline. If this model is used then standard tariffs will be applied to trade.

The UK economy is now dominated by service industries, in particular, financial services. The country has little in the way of manufacturing. Access to the single market is a crucial aspect of Brexit, if the country is to thrive in the next few decades. If the EU decided to offer the UK preferential terms under the WTO model, it would have to offer the same terms to all other EU countries.

Exports of services are larger than those services that are imported. This is another reason why a good deal for service industries is a must. Being a net importer means that tariffs would hit the UK hard.

Welfare And Health Within The EU

One of the most frequently asked questions from citizens of the UK is how the welfare systems will operate once the UK has left the EU. Currently, there is a reciprocal agreement between EU countries. This covers benefits such as unemployment, health and housing subsidies.

UK citizens who reside in another EU country are entitled to health care, just as EU citizens living in the UK are covered. After the completion of Brexit, anyone living in the EU will need personal health insurance to ensure that they get health care. Similarly, EU citizens visiting the UK will also need insurance.

Ecological And Green Policies after Brexit

Commitments to spending on environmental measures is another area that the government will have to negotiate. Currently, the UK, along with other European countries, has signed up to the Paris agreement to cut emissions of greenhouse gases. The Paris agreement begins in 2020.

It is unlikely that any future UK government would renege on this deal. A think-tank group is in the process of exploring how EU policies make a difference to Green targets. There will probably not be any changes shortly.

Funds Sent To The EU By The UK

Brexiteers hoped that one of the main Brexit benefits would arise from the money freed up from contributions to the EU. One of the arguments for the leave side was that the UK sent too much money to the EU and got very little in return.

There is evidence that EU auditors identified errors of around 6 billion euros of spending in 2015. However, this discrepancy was mostly due to mistakes and was not fraud. The UK subsequently recouped a significant percentage of the funds.

In the UK there are some regions which receive more funding than others from the EU. The amount of funding to each area can change from year to year. Funding in one particular area can also spread to another. An example of this is the funding for research and energy funding. In 2015 the UK received 5.7 billion euro funding from the EU. The funds came from the European Development Fund, the EU Agricultural Guarantee Fund, and the European Social Fund.

Before the vote, Brexiteers argued that immigration was costing the UK more than it could afford for housing, health care and other benefits. Figures show that overall, migrants to the UK pay more in than they receive back. The NHS often does not try to claim back health costs for EU citizens who are only in the country for a limited period.

It is true that a higher number of immigrants will put pressure on an already stretched NHS. On the other hand, the NHS depends upon thousands of migrants to work in the sector. Without the same number of workers the NHS would be under even more pressure .

In 2014 there was an estimated £160 million in costs for running the NHS due to migrants. While this is a large figure, it can be argued that this figure pales into insignificance when compared to other factors that add to NHS costs. Rising wages, expansion of technology and the aging UK population added far more to the NHS bill.

Does The EU Have A Financial Black Hole?

Many of the claims before the referendum were devoted to the so-called black hole in the EU finances. Leavers stated that the UK would need to increase payments to the EU by some £2.4 billion to plug this gap.

The black hole that was mentioned consisted of claims from countries for subsidies that had not been paid. It was said that the EU owed £347 million to the UK for investment into poor regions and there were similar amounts owed to other countries.

This deficit had built up after the financial crisis of 2007/8 and the Eurozone crisis. However, the budget for 2016 was expected to cover these deficits meaning that UK would not be likely to incur additional payments.

Prices For Energy after Brexit

Another argument in the campaign for leave was that the EU does prevent the UK from dropping VAT costs on energy to below 5%. Hence, leaving the EU would make energy cheaper. On the other hand, as the VAT on fuel would have to be dropped first, this would leave a severe shortfall in the tax revenues that government receives. Furthermore, a decrease in value of the pound (which has already happened) could mean a further increase in energy prices.

The Economists Verdict of Brexit

Most economists have predicted that leaving the EU will cause some additional economic costs to the UK. This could mean an increase in taxation for workers, as well as a decrease in government spending. Living costs are expected to rise and at least for the beginning inflation may contribute to this.

The Brexit benefits and drawbacks will continue to be argued by both sides even after Brexit. And, the long term consequences of leaving are yet to be seen. All that we can be sure of is that no matter what the Brexit benefits and drawbacks will be, there will be an extended period of uncertainty that is going to affect the everyday lives of the ordinary people and families who live in the UK.

Becky Hall
Becky never thought she would be a financial blogger. But Fate arranged that Becky had to put her accounting degree on the back burner right after she graduated with a first in Business and Accounting. While doing bookkeeping as a freelancer for private clients, Becky noticed how many cashflow problems can be solved with a little bit of education. Trying to keep her clients out of debt, Becky began writing resources which she distributed to clients. What began as writing advice for clients evolved into a passion and now Becky found her platform at Cashfloat. When she isn’t writing, calculating or budgeting, Becky can be found at her piano playing something classical.
Related posts
Money Saving
Some Facts And Myths About Brexit
Money Saving
The Great Brexit Immigration Debate
Money Saving
The Brexit Effects On Investments And Savings