Why Didn’t the Experian-ClearScore Merger Go Ahead?

Experian scrapped its plans to buy Clearscore for £275 million. Cashfloat explore the proposed merger and why it didn’t go ahead. 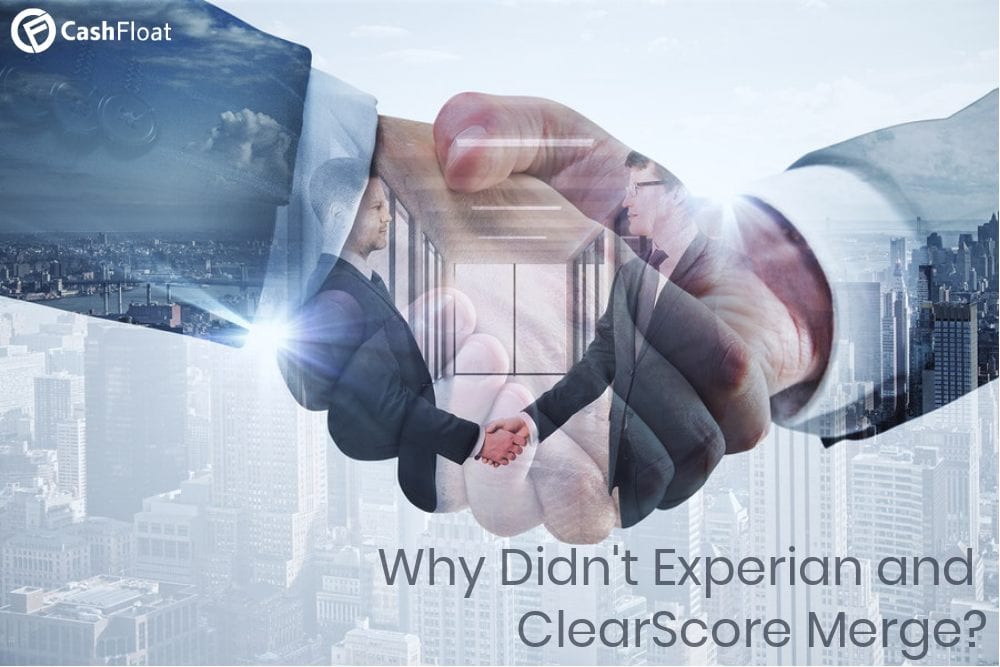 In this article, we explore:

In March 2018 the London-based ClearScore was purchased by the global giant Experian for £275 million. However, it wasn’t clear whether the CMA (Competition & Markets Authority) would allow the Experian-ClearScore merger to go ahead. The CMA – a regulatory body raised concerns. In this article, Cashfloat, offering online loans in the UK, look at the market share of the two companies before examining why the CMA was so worried. What could this merger mean for UK consumers? Finally, we explore why the merger did not go ahead in the end.

Experian & ClearScore – How do They Compare?

Both Experian and ClearScore are credit reference agencies used by millions of Britons every year. Britons use them to check their credit file before applying for a financial product.

ClearScore is a financial tech company which provides its customer base with a free credit check (or soft check) with data supplied by Equifax. It makes its money from a fee it receives when they click on the recommended financial product which would suit their individual circumstances.

Experian benefited a great deal from the 2017 data breach at its rival Equifax. It became the largest paid-for credit reference agency in the UK. As well as its fee-paying service for customers, Experian offers a free credit reporting service. It is similar to that offered by ClearScore, but complete with customers’ Experian credit score. They are then supplied with a list of financial products for which they might be eligible.

Why were There Concerns about the Merger?

Concerns were raised about Experian’s acquisition of ClearScore as far back as March. They hold the 1st and 2nd positions in the UK in terms of free credit services. As such, they are in direct competition with each other. The worry was that if the Experian-ClearScore merger would have gone ahead, Experian would have access to ClearScore’s customer base of 6 million customers, and would’ve in effect, been a monopoly. With less competition in the market, Experian would have no incentive to come up with innovative ways to help consumers understand their personal finances. It is entirely possible that the cost of short-term loans and credit cards would rise. This is because a monopoly can take advantage of customers’ naivety.

The Involvement of the CMA

On July 20th 2018 the CMA officially notified Experian of its concerns. The CMA gave the credit reference agency a deadline of a week (until July 27th) to come up with a list of proposals to avoid the problems of a near monopoly.

By the end of July, it was evident that Experian wasn’t going to reply to the CMA’s warning and offer possible solutions to address these issues. As a result, the regulatory body announced that they would be launching an official investigation into the Experian-ClearScore merger. This would consider the potential impact on UK consumers. It would also consider whether the deal would be detrimental for market competition.

A spokesperson for Experian said that the proposed acquisition would be a good move for the market as it would drive innovation and improve competition and consumer choice in the UK. They also made a commitment to continue to work constructively with the CMA so that they could put the case for the merger and receive CMA approval for it to go ahead. A spokesperson for ClearScore said that they were unable to comment while the merger was under investigation.

The CMA Investigation into Experian’s Acquisition of ClearScore

An independent panel of CMA members led by the former CMA staff member, Roland Green, lead the CMA investigations. The board invited stakeholders, interested firms, regulators and members of the public to submit any evidence and/or comments they have for the panel to consider.

Other Changes in the UK Credit Reference Agencies Market

Apart from Experian’s purchase of ClearScore, the second largest credit reference agency, Callcredit, was purchased by the American company TransUnion for £1 billion. It has since changed its name to that of the parent company. This acquisition was not referred to the CMA because the two companies weren’t considered to be direct rivals as Experian and ClearScore were.

Financial experts believe that all these upheavals in the marketplace are a direct result of Open Banking. This allows UK consumers to give their consent to share their entire financial history with third parties. This would not only cover their credit history (which is already tracked) but also details of their savings/current accounts and their spending history. ClearScore has already announced an innovative new service OneScore which would take advantage of the switch to open banking. It would give its users a more accurate picture of their financial situation through real-time updates. This is perhaps one of the reasons why it is so attractive to a global player like Experian. It is also the reason for why TransUnion has entered the UK market.

Conclusion – The Outcome of the Proposal

Towards the end of February 2019, Experian dropped its plan to merge clearscore. Experian did not believe that the CMA would approve the merge on satisfactory terms despite the customer benefits from the proposed transaction. The watchdog said that the merger could have harmed competition in the sector which would have not been helpful to customers.

Elizabeth Redfern
Elizabeth Redfern is a born and bred Londoner who loves the city life. She is a proud chocoholic who enjoys reading, jogging and eating - especially chocolate! Elizabeth attained a first class degree in Mathematics but chose to make a career out of her real passion, writing. She has published many poems and short stories, but decided to join the Cashfloat educational channel writing team because she is passionate about helping people take care of their finances leaving them free to enjoy the finer points of life - most notably (in her opinion), chocolate!
Related posts
Money & Borrowing
Payday Loans and Your Credit File
Loans and Lenders
TransUnion
Loans and Lenders
Credit Reference Agencies in the UK