HSBC Scandals and Fines from the FCA

December 26, 2021 - by Sarah Connelly
The History of the Leading UK Banks – Chapter Nine

The Financial Conduct Authority have been handing out harsh penalties to banks in the UK for financial misconduct. Is HSBC an exception? Cashfloat finds out which HSBC scandals have occurred and their effects. 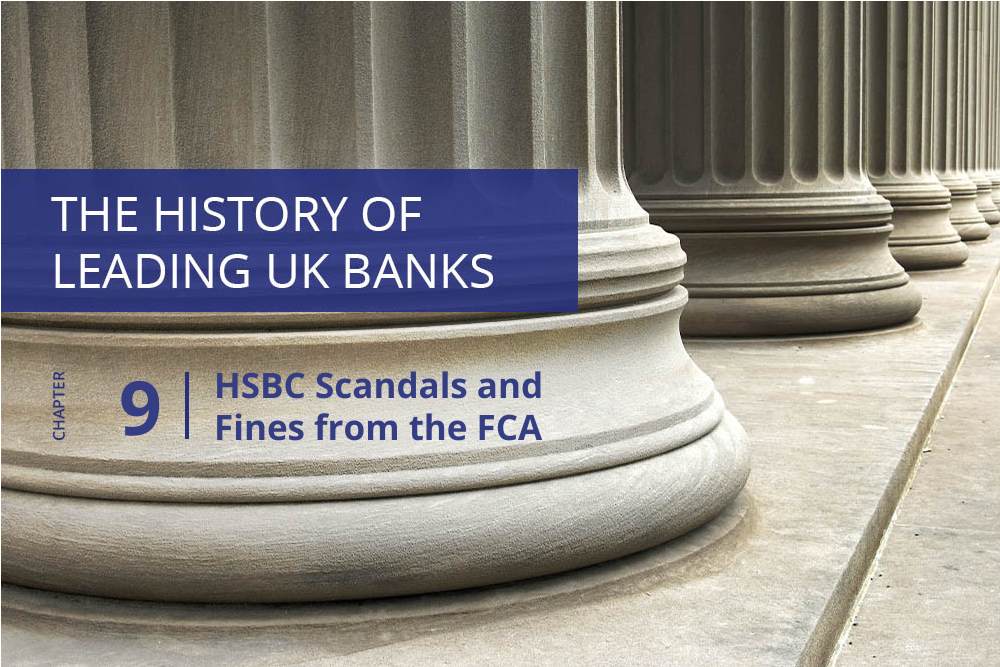 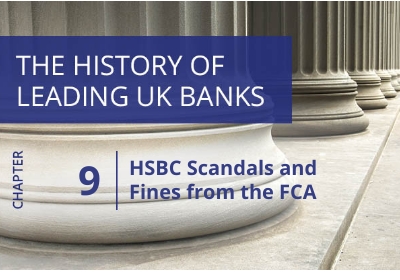 It comes as no surprise that alongside other major UK banks, the FCA punished HSBC for rigging the foreign exchange markets. Ever since, the financial crisis that began in 2007, there have been some revelations about UK banks that have increasingly left the public feeling that there is no longer any bank in which they can place their trust.

Along with the Royal Bank of Scotland, Citibank, JPMorgan Chase and UBS, HSBC paid fines that totalled to an enormous £2 billion for rigging the markets which deal with foreign exchange. The Financial Conduct Authority, Swiss and US authorities imposed penalties after an investigation that took the best part of 18 months.

Following on from the LIBOR rate fixing scandal, these fines related to the rigging of a market that deals in sums of over £3 trillion per day. After the fine came into action, HSBC had to set aside £236 million for the fine to be paid to the regulator.

The chief executive of the FCA was quick to point out that the record fines involved were imposed to encourage or even force the banks to put their houses in order and to take responsibility to put things right. However, he did lay the blame on the traders and said that no executive took part in improper behaviour.

Banks were sharing information about their clients and the conduct in which they participated in a bid to make more gains. A review by the Bank of England searched through millions of documents and reviewed telephone calls in an effort to get to the bottom of what happened. Eventually, thirty traders were suspended, and a criminal investigation began.

A Long Line of Scandals

The Forex rigging scandal was one of many that have been enveloping the UK and world banks alongside the practice of mis-selling and the manipulation of the LIBOR rate. HSBC has also been involved in previous scandals.

In 2012, HSBC had to agree to a new code of behaviour after the FCA fined them for a record sum of £1.2 billion by the US in a scandal over money laundering. At that point, the bank set up a special committee to look into money laundering, sanction breaching and allegations relating to the financing of terrorism.

The bank set up a monitoring system to try to identify customers so that they could prevent any future problems and it did apologise for its failings. Transactions involving gold being transferred directly to the Central Bank of Iran and dealing with Mexican drug cartels.

The Latest of the HSBC Scandals

Although dodging taxes has often been dealt with in a minimal fashion, the latest scandal that involves HSBC is one that is seen to be severe albeit one that has not resulted in a fine.

In January 2016, the FCA decided that the bank would not be subject to formal action, and this was following a lengthy investigation triggered by the so-called ‘Swiss Bank Tax Evasion’ allegations. The FCA stated that HMRC shoould carry out any major tax evasion investigation and not them. However, some politicians were amazed at the decision. It should be said that at that time the FCA did not have a permanent chief executive following the removal of Martin Wheatly. Additionally, there was a suggestion that it was under pressure from the Treasury to drop the matter although this has been denied. 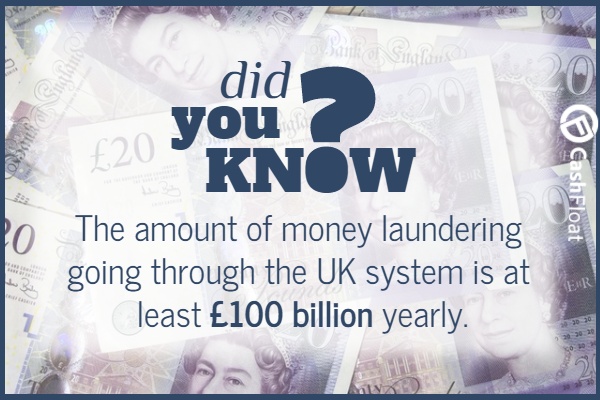 The Review Of HSBC

The review of matters regarding the help for customers to evade taxes was carried out after it was alleged that the bank had been helping its wealthy clients to avoid proper taxes, and this was done through HSBC Swiss Private Bank. The FCA conducted an inquiry into the way in which the bank operated internal controls and also look closely at the culture of the bank.

Since the scandal first emerged over six years ago, the senior management team has been replaced, and it has introduced stricter compliance rules with a new team of staff.

When the scandal first emerged in 2008, it was the result of a whistleblower who removed data from the bank’s archives and passed it to the French authorities. Details showing tax evasion plans for wealthy customers at the HSBC Swiss Bank were very embarrassing for the officials of the bank, and they provoked a swift response from the UK parliament at Westminster.

Ever since 2012, HSBC has been the subject of a monitoring agreement by the US authorities, and this followed penalty fines for money laundering and breaking laws about sanctions. At present, HSBC has a deferred prosecution agreement which runs until 2017. However, the Swiss bank scandal predates this agreement so could yet result in more fines for the company.

Is HSBC Guilty Or Not?

The HSBC Swiss Bank unit was found guilty of assisting its clients to evade tax payments. As well, some of its customers were concealing assets and were paying out large sums to avoid the authorities who deal with taxes. However, the FCA has concluded that HSBC has changed its practices, and the structure of the bank has also been modified since 2011.

It is important to note that although the FCA has not imposed any fine or indeed found any wrongdoing, this is not the case with all authorities. The regulators in Geneva ordered the bank to pay a record fine of £27 million in 2015. Also, this authority issued a final warning to HSBC regarding money laundering activities by the Swiss arm of the bank.

In the same year, the whistleblower, Herve Falciani was imprisoned for five years for financial espionage. Ironically, this employee was the one who brought to light the grievous anomalies and bad practices at the bank.

January 2016, saw HSBC abandon its ties with the charity Islamic Relief. This was due to fears that there could be funding for terrorist organisations through the charity. Islamic Relief operates in the Middle East in projects in Syria and The Gaza Strip. The Israeli government has condemned the charity stating that it was involved in money laundering for Hamas, a claim that has been denied by the charity.

So, was HSBC under some pressure to cut its ties with this charity or was it just being cautious? The bank has received lots of scrutiny by various governments for activities relating to money laundering so it may be that it is purely cutting off any possibility of creating further scandals and problems.

In August 2015, HSBC had problems with its systems, and this resulted in some thousands of customers being unable to access their salaries. Coming at a bank holiday weekend, this was a major problem and has done nothing to quieten customers worries about the bank.

Although firms had sent the salaries for their employees to the bank, a glitch in the IT system meant that it did not reach the customers’ accounts. Over 275,000 payments were affected, and although the bank apologised profusely for the error. Still, this might have proved one problem too far for its loyal customers.

In addition, some clients were unable to make important payments for mortgages, and rent and others found themselves out of pocket through overdraft charges. Recent studies have even concluded that overdraft fees were more expensive than high cost short term loans! The bank promised to put things right and said it would make sure that no one was out of pocket.

The many problems that have beset HSBC in the last few years are not exclusive to the bank. The other main UK banks have also had similar problems and have also been fined. However, as customers in the UK are at last becoming more demanding, perhaps in the future, we will see a change in culture that leads to better management and better customer service for the public at large. We hope that this eye-opening article has helped you to better understand FCA misconduct and its repercussions in the UK.

Chapter 8:
Barclays Fine – A Penalty of the Century

Sarah Connelly
Sarah is an enthusiastic writer, blogger and an eager agent of change. After completing her degree in Computer Science in one of London’s esteemed universities, Sarah’s early career in programming left her creatively frustrated. Looked for a way to combine her creative and analytical side, Sarah’s search led her to Digital Marketing and now she writes content and code for Cashfloat. Sarah enjoys spreading awareness about common financial issues and the importance of money management. With her STEM background, Sarah believes strongly in ethical business management and consumer protection. in her free time, Sarah enjoys reading, watching movies and eating out. After all, #YOLO!
Related posts
Loans and Lenders
Why is Access to Consumer Credit Under Threat?
FCA Compliance
Amigo Loans – Prey on Friendships and Exploit the Vulnerable?
FCA Compliance
What are the Plans to Tackle Authorised Push Payment Fraud?