Public Attitudes Towards the Welfare System

Social welfare can be a lifesaver, but people in the UK are often negative about those who have to live on it. Read on to find out why and if their views are correct. 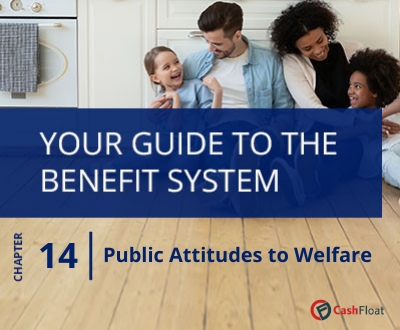 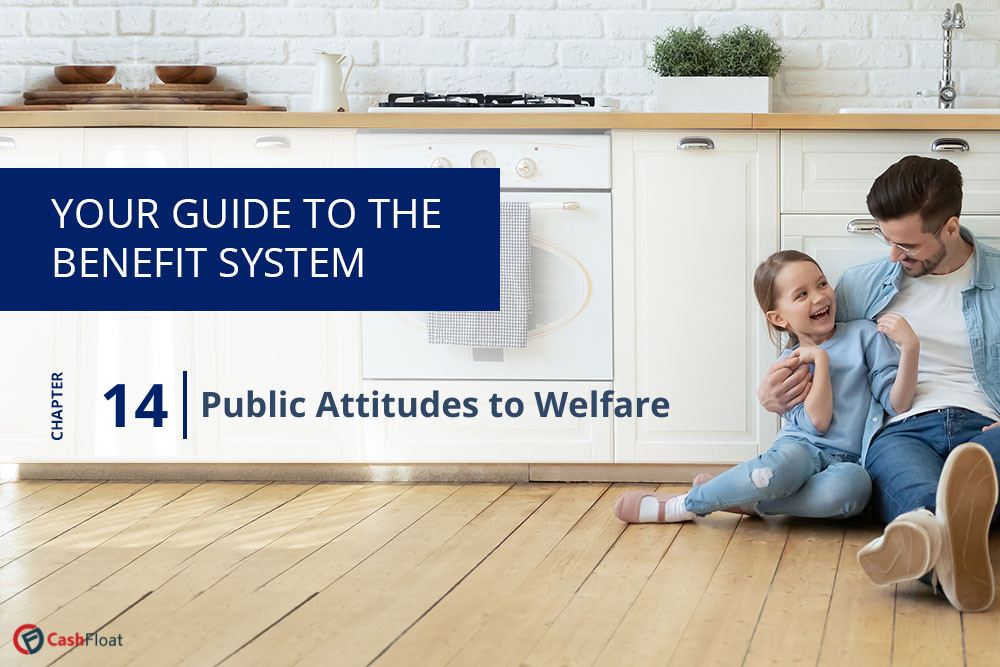 In this chapter, Cashfloat discusses the reality of living on benefits. We will look at the effect that living on benefits has on the individual recipients, families who receive it, and the rest of society. Apart from economic hardship, many people who survive on benefits face hidden costs, such as the cost to their health and the academic attainments of their children.

The Deserving Poor or Scroungers?

Here’s what you need to know about the stereotypes attached to those receiving social welfare:

Besides the fact that relying on social welfare normally leaves people struggling financially, another big problem is the public’s perception of them. They are criticised in the press and by politicians, but also, people they have contact with daily see them as lazy. Their family, friends and neighbours put pressure on them to avoid benefits because of stereotypes and show negativity towards them if they have to rely on them. Usually, in reality, these people have no other choice but to receive social welfare.

The Press and Politicians

The press exists to sell newspapers or increase viewing figures. Because sensational news sells, there is often no nuance in how they present people on social welfare. They often view these people as a ‘mass’ or as just one type of person. Rarely do they consider that people on benefits include different genders, educational levels or social backgrounds. They opt for the easy solution and present sensational stories such as stories of benefit fraud blown out of all proportion to the actual numbers involved and keep the stereotypes going.

Politicians, who use vote-catching rhetoric, reinforce this. They defend cuts in welfare provision by referring to the ‘damaging cult of welfare dependency’ or welfare being a ‘lifestyle choice’. As has been done throughout history, they too often blame people living on welfare for their situation when it is not actually their fault.

Views expressed by both the press and politicians affect how society views those on benefits. In general, people are judgemental. For someone struggling to get by but ineligible to receive benefits, it is easy to criticise a neighbour who is on benefits for taking the taxes they pay. They do not blame the company paying them minimum wage or politicians in Westminster who pay themselves huge salaries. Often it’s just because their neighbour is the one they see every day.

This attitude of those who do not need financial help from the state towards those who do (the so-called skivers vs strivers) leaves us with a highly divided society. This is portrayed by the number of calls to the Department of Work and Pensions to report welfare fraud. In 2015 alone, there were 153,038 phone calls, of which 132,772 (87%) were found to be baseless. Are these people reporting what they actually see or just what they think they see because of press reports and politicians’ comments? 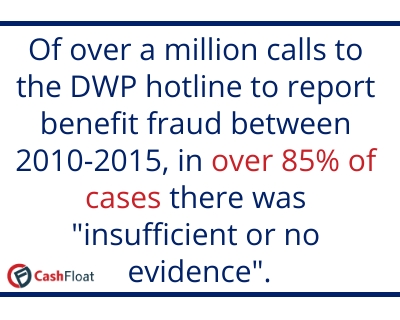 The Effect of Welfare Provision on the Rest of Society

Here’s what you need to know about how welfare provision affects the country’s economy:

The division in society between those who receive benefits and those who don’t, affects social cohesion in quite a detrimental way. While it is true that people who do not work do not pay into the system, it doesn’t have to be viewed in such a negative way. Whatever your political persuasion, you might view this as a waste of resources and an under-use of labour. On the other hand, you could view it as a tragedy that the unemployed are not given the opportunity to work and live to their full potential. 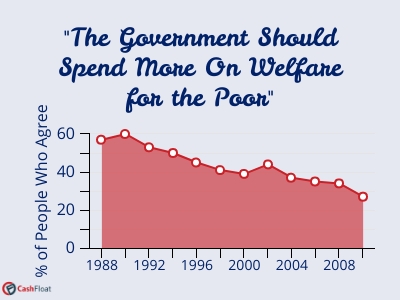 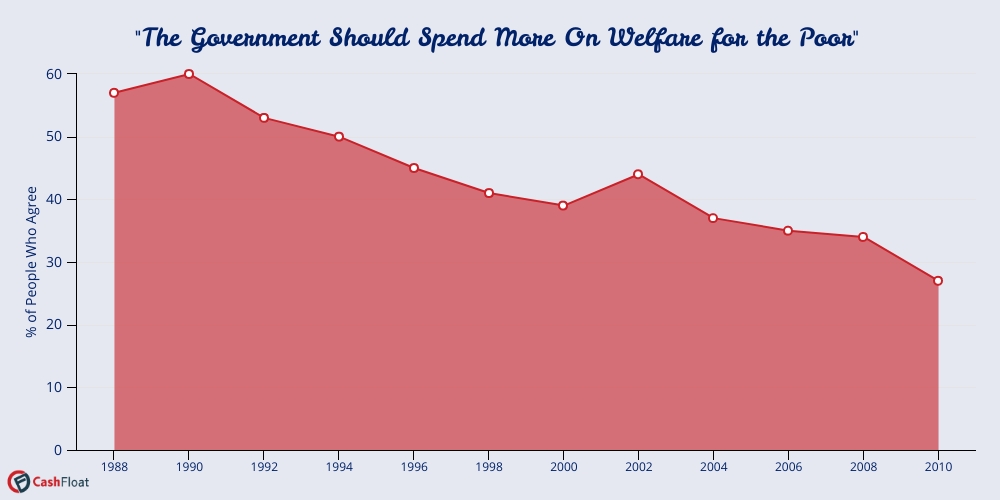 Welfare and the Economy

The fact that some people receive benefits does lead to losses for the economy. There is both the cost of welfare payments and the loss of tax revenue where people don’t work. Additionally, there are also hidden costs for various governmental departments. However, what is the alternative? Should we abandon disabled people and leave them to fend for themselves? Great Britain was a pioneering country in welfare provision. Surely our welfare tradition is something that we should be proud of and seek to continue.

One thing that many people don’t realise is that providing a high level of welfare to keep people out of poverty may actually save money in the long run. In 2016, the Joseph Rowntree Foundation commissioned research into the price of deprivation. They looked at what extra costs are created by the fact that some people live in poverty. They concluded that if you add up all the extra expenditure caused by poverty, it is the equivalent of £1,200 for each person in Britain. 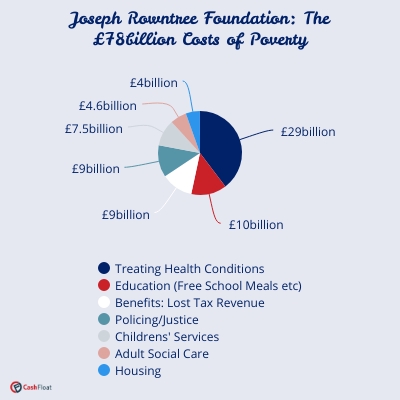 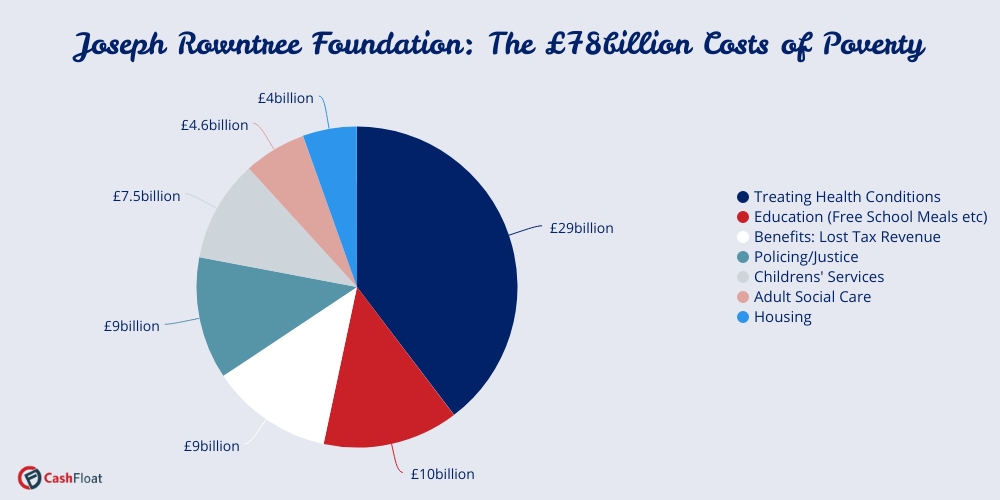 Their research estimated that health problems caused by deprivation alone cost the economy £29 billion (25% of all healthcare spending). This is money spent on ailments and illnesses caused by badly maintained housing or other deprivation effects. Another hidden cost of deprivation is the extra money required for education. This includes providing free school meals or pupil premium funding to help children from disadvantaged backgrounds. Likewise, extra funding is needed for children’s services and to police areas affected by deprivation.

The Effect of Welfare on its Recipients

So much of our identity is bound up in our job. When someone asks you what you do, they are not just asking about your career. They are also trying to find out about your educational level, class and who you are as a person. Now try to imagine replying to that if you are unemployed or unable to work. Many people will draw conclusions that won’t be very flattering, and this will affect your self-image.

It should come as no surprise that people deprived of the chance to contribute to society (who have to receive benefits) often suffer from several psychological problems, such as depression.

These psychological problems often influence family dynamics. Combined with the strain of trying to get by on a low income, these emotional problems can cause an estrangement between couples and affect the relationship people have with their children. Children are not only deprived of material possessions when their family is on benefits.

The Effect of Living on Welfare for Children

Here’s what you need to know about how living on welfare affects children:

When we think about children growing up in a family dependant on social welfare, we initially think of how they must suffer from material deprivation. Unlike their classmates, they will not have the latest trainers or a laptop to use at home. However, being raised in a family which has financial problems, relying on payday loans, has other consequences too, some of which can last throughout the child’s life.

Living on benefits determines where parents raise their children. Is the area safe enough for them to play outside? Are their playgrounds vandalised? Sometimes they cannot even invite a friend to play, to avoid them leaving home after dark. These are small pleasures that many children take for granted. All of these factors affect the development of their social skills. To make matters worse, they might encounter teasing or bullying at school, as their classmates imitate the attitudes and prejudices of their parents and wider society. 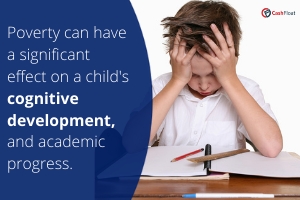 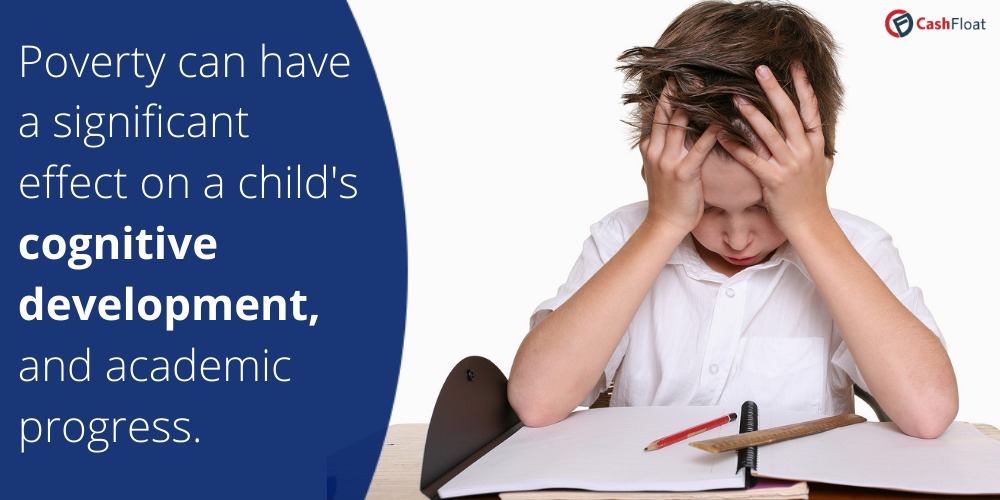 The Effect of Poverty on Children

Children who grow up in a family close to or on the poverty line have a higher risk of premature birth and illness. Both factors can affect their future health and eventual life expectancy. Poverty can also play a role in their academic achievements and the likelihood that they will go to university. They have fewer chances to take part in school trips or to join in with their classmates in activities outside of school. Often families who live in poverty don’t have sufficient money to heat a bedroom for them to study in. Children have no choice but to try and study in communal living areas.

Research has shown that by the age of 3, children from deprived backgrounds lag nine months behind in their cognitive development. According to the Department for Education, at the end of primary school, recipients of free school dinners are on average 3 terms behind their peers.

FAQs about the Effects of Social Welfare on Individuals and Society

Are people on benefits more likely to commit suicide?
It is true that, generally, both men and women are more likely to commit suicide if they are on benefits. With the government’s tightening of the benefits system in recent years, it is thought that many people have committed suicide as a result. At least 69 suicides since 2014 seem to link directly to the Department for Work and Pensions recent handling of benefit claims.

What is the overall poverty rate in the UK?
According to the Social Metrics Commission in 2017-18 there were an estimated 14.3 million people in the UK living in poverty. That is around 22% of the population.

Summary: The Effects of Welfare Provision

Cashfloat has looked at the effects of social welfare on society, the economy and the people who live off it.

The prejudices promoted by politicians and the press convince the public to blame their benefit dependent neighbours for their situation. In reality it is often not their fault. The price of social welfare is often not as high as people think and many people neglect the fact that the vast majority of people who receive welfare really need help. Most people are not doing it for selfish reasons at all. You only have to look at the impact it has on their physical and mental health to realise this. Also, no-one likes surviving on handouts and constantly having to apply for online loans.On top of this, children growing up in welfare-dependent homes lag behind in school and are often trapped in a cycle of poverty.

In the next part of this chapter, Cashfloat takes an in-depth look at the practicality of living on benefits.