Are High Interest Loans Over the Top? Why Are Payday Loans So Expensive???

Payday loans get a bad reputation from many directions. The media is particularly negative towards payday loan lenders, casting them in an evil light. They maintain that lenders charge ridiculously high interest to steal money from helpless victims. But is that really the case? Read on with Cashfloat to find out the facts on high interest loans and decide for yourself. 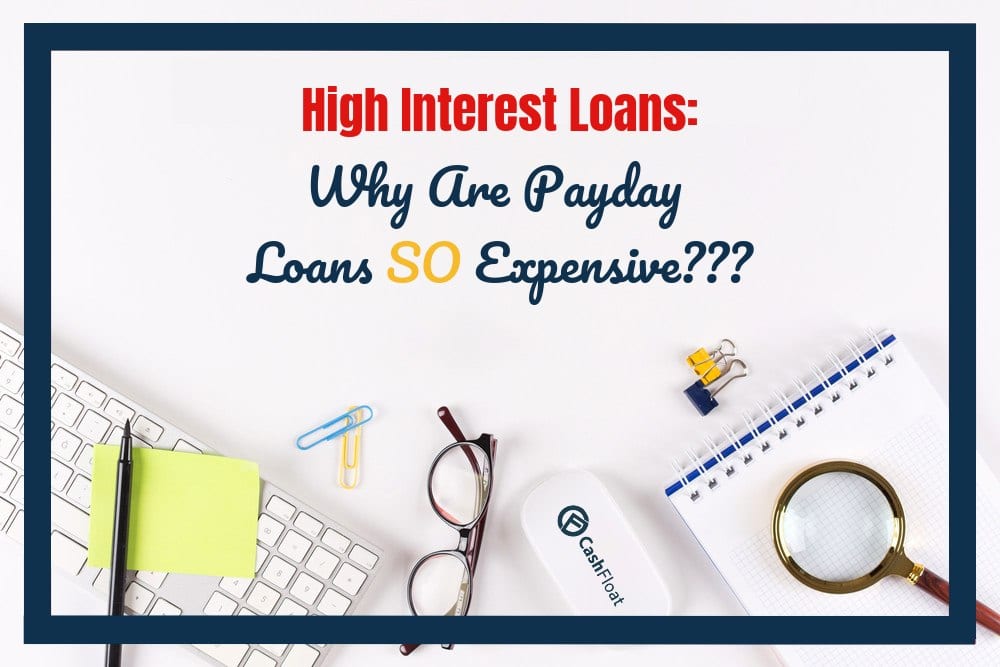 For many people, payday loans are a source of emergency income to cover unexpected expenses. Because you can apply for these loans online, they are one of the quickest and easiest ways of obtaining cash. People choose payday loans because they are so easy to access. Applications can take as little as five minutes, so it’s easy to understand the appeal for these high interest loans.

If you’re desperate for cash and you need it right away, most loan options won’t be able to help you. That’s why instant loans are so popular – they’re simple and straightforward, and most importantly, instant. If you’re approved for a Cashfloat loan, you will usually receive your money within one to three hours from submitting your application. Considering the affordability and credit checks we carry out on each of our loans, that’s fast! 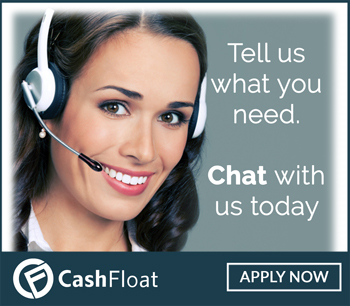 When you compare the biggest lenders in the country, you’ll find that they all offer similar interest rates. Typically, you’re looking at an interest rate of 292% apr, regardless of the lender. While this may seem alarmingly high, it’s important to note that there are regulations in place to cap interest rates. Since January 2015, the FCA has capped interest on payday loans at 0.8% per day. With the average interest rate at 292% per annum, it’s clear that companies are all offering the maximum daily rate of 0.8%.

To help you make more sense of this, if you borrow £100 for 30 days in the UK, you’ll end up paying £23 of interest. When you look at the numbers in real time, it doesn’t seem like a crazy amount of money. Additionally, many UK payday lenders let you borrow money for a shorter period so you can avoid accumulating interest. For example, if you borrow £100 for seven days, it will only cost £5.60 in interest. Of course, these figures represent someone who repays their loan on time. If you miss your repayments, then you accumulate interest on the loan until you pay it back. Furthermore, some companies will charge you a ‘missed payment fee’ if you’re late.

When you take out a loan, you can always work out similar calculations by using the personal loans calculator.

Payday Loans Compared To Other Loans

It’s hard to tell whether or not payday loan interest rates are high unless you compare them to other rates. So, let’s look at some other long and short term loans and how their daily and yearly rates compare.


If you take a look at some of the short-term loans on the market, you’ll find a range of interest rates. Some charge close to the 0.8% per day mark like payday loan companies. However, many of these firms only offer loans up to three months. When you extend the loan to six months and beyond, you see a drastic difference. Daily rates can range from 0.36% to 0.64%, depending on the company you’re dealing with.

Long-term loans are a different story altogether and have much lower interest rates. A long-term loan repaid over a few years will have an average rate of around 38% pa and a daily interest rate of approximately 0.1%. While these rates seem to make long-term loans the obvious choice, it’s important to remember that these loans are structured very differently. Unlike payday or short-term loans, you borrow the money for a much longer time and often apply for much larger sums. Though the low interest rates may look tempting, long-term loans may not give you what you need.

Why Are Payday Loan Interest Rates So High?

The Argument Against Payday Loans

Many maintain that it isn’t ethical for payday loans to offer fast cash at such high interest rates. Most people who apply for these loans are in desperate need of funds. Is it fair to charge prohibitive interest rates to people already in financial trouble? The application process for other loans is very thorough, and lenders can block applicants who aren’t financially able to afford the loan. However, people with every kind of financial background can apply for payday loans, and many of these safety measures are not in place. Many would argue that payday high interest loans cause financial downfall for struggling customers.
In practice, the ethical issue lies more with the application process than the interest rates themselves. There are regulations in place which cap the rates and stop them from getting too high.In comparison, bank overdraft rates can be far more damaging to one’s personal finances. Borrowing £100 from an unauthorised overdraft can cost up to £90 for 28 days. That’s way more than the interest you would pay on a payday loan over the same period. Furthermore, there are currently no regulations on bank overdrafts, so they can charge whatever they wish and get away with it.

The Argument For Payday Loans

After comparing the different interest rates, you can see that payday loans are much higher. But this doesn’t mean that payday lenders are out to get their customers. For starters, payday loans often have a maximum amount that you can borrow. Some only allow up to £400; others go up to £1000. Compare that to other loans which enable you to borrow thousands of pounds. Unless they charge high interest rates, payday loan companies wouldn’t be profitable and would be unable to offer their services to the public. After all, with the current FCA interest cap in place, they only make £24 per £100 borrowed over 30 days. If they charged the same rates as long-term loans, they wouldn’t be able to help people who rely on payday loans for emergencies.

When you look at the bigger picture, it’s clear why payday loans have high interest rates. Payday loan companies need to make it worth their while to lend money but should make it harder for people to get loans. Making the application process more thorough will make these loans more ethical and stop people from getting into further financial bother. 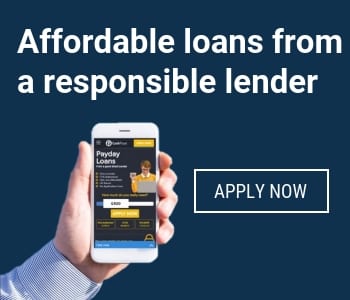 Becky Hall
Becky never thought she would be a financial blogger. But Fate arranged that Becky had to put her accounting degree on the back burner right after she graduated with a first in Business and Accounting. While doing bookkeeping as a freelancer for private clients, Becky noticed how many cashflow problems can be solved with a little bit of education. Trying to keep her clients out of debt, Becky began writing resources which she distributed to clients. What began as writing advice for clients evolved into a passion and now Becky found her platform at Cashfloat. When she isn’t writing, calculating or budgeting, Becky can be found at her piano playing something classical.
Related posts
Technology & Innovation
Beat High Interest Rates and Other Credit Card Problems
Technology & Innovation
How to Compare Credit Cards and Make the Right Choice
Loans and Lenders
7 Common Misconceptions about Payday Loans in the UK